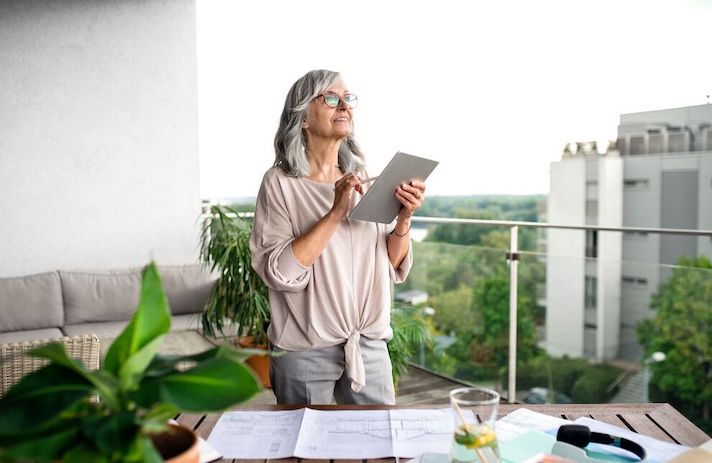 Older adults used a digital musculoskeletal (MSK) program more often than younger generations, according to a study published in Frontiers in Digital Health.

The study used Hinge Health’s Digital Musculoskeletal Clinic. Two authors work for Hinge and have equity interest in the company, while another two authors have received consulting fees from Hinge.

The study found the odds of starting the digital program were significantly higher for members of Generation X and working-age Baby Boomers compared with Generation Z and Millennials. Gen X, working age Boomers and retirees also had higher odds of completing the program.

HOW IT WAS DONE

The digital program was offered as a benefit to employees or dependents from participating employers. Accepted study participants received a tablet with the app and wearable motion sensors.

Participants could communicate with personal health coaches and take part in discussion forums. They could also read educational resources about their condition, its treatment and mental health topics.

Data was collected online or through the app during registration and then again 12 weeks later.

A quarter of adults ages 65 and older reported never using the Internet, according to a 2021 Pew Research survey. A study published in JAMA in 2016 found seniors were less likely to use digital health tools, even though they have higher healthcare needs.

But that trend may be changing. The COVID-19 pandemic created a new normal for accessing healthcare, as patients connected with their provider virtually to avoid in-person interactions. A report that surveyed patients late last year found about half of U.K. patients over age 55 preferred using digital tools over in-person consultations during the pandemic.

A survey released in August last year found the overall use of telemedicine among seniors increased 300% during COVID-19.

The musculoskeletal study authors suspected there were a few reasons older adults were more likely to use the digital program. They may be paying more attention to their pain, and older generations may have appreciated being able to use the tools at home, especially if they faced mobility challenges or a lack of access to transportation.

The study authors said there’s room for further research, since they didn’t collect data on other factors that could have affected use of the digital tools and health outcomes, like education level or income. The study’s participants also opted into the program, so they might not be representative of the overall population.

“Findings from our study confirm that older generations actively use a digital MSK program that involves app and sensor-guided exercise, app-based education and remote health coaches,” wrote the authors.

“On average, older generations interact with a digital MSK program more than younger counterparts and may experience similar improvements in health outcomes. A digital MSK program holds promise for the growing population of older adults with chronic MSK pain.”