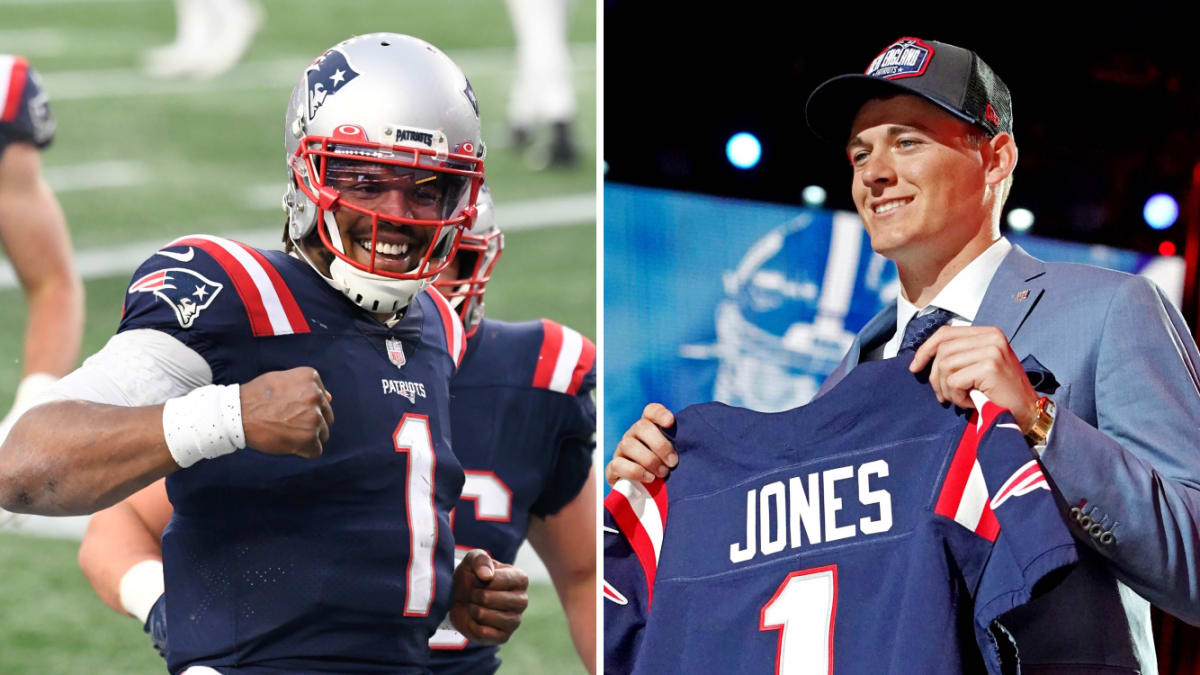 Not his best work

Patriots first-round pick Mac Jones has been wearing No. 50 on the field at minicamp and OTAs because Bill Belichick makes his rookies earn their actual jersey numbers. But Jones has already earned a nickname from veteran Cam Newton.

Jones told reporters on Thursday that Newton has taken to calling him “Mac & Cheese.”

Really? Mac & Cheese? It’s disappointing how uncreative that is. Jones’s given name is Michael McCorkle Jones, which provides so many options for more inventive nicknames. Cam could have gone with something like Corky, or even engaged in some harmless rookie hazing by poking fun at Jones’s given middle name and calling him McCorkle.

Mac & Cheese would be a pretty solid nickname for the connection between Jones and a receiver from Wisconsin (the Patriots actually have two skill position players who played for the Badgers: James White and Troy Fumagalli) but just calling Jones that is just picking the low-hanging fruit.

In Cam’s defense, he has nicknames for tons of Patriots players and coaches, so coming up with creative ones for everybody has to be a tough task.

There are some stinkers on the full list. He went with the classic hockey nickname construction and calls Brian Hoyer and Jared Stidham “Hoyster” and “Stiddy.” But there are some winners, too. Calling Devin and Jason McCourty “Twin No. 1” and “Twin No. 2” interchangeably is pretty funny. So is referring to the specialists as “Kicker Guy,” “Punter Guy” and “Snapper Guy.”

The Patriots’ quarterback competition will be the dominant storyline of their offseason, but it doesn’t sound like Newton saddled Jones with a lousy nickname because he’s jealous or threatened. Jones says all the QBs have been looking out for each other thus far.

“There’s four guys total, and I’m the rookie, so I’m just learning from them,” Jones told reporters on Thursday. “They’ve all been very nice to me, treated me very well. I’m just trying to help them out as best as I can to do whatever I can do. We’re all in this together, so it’s not like there’s competition. People want to have a misconstrued word there, like it’s bad competition or unhealthy, but we’re all close and we’re all going to get better together. That’s what we’re going to do.”

Ranking every team in the 2020 Euros, which begin today. … How vaccine hesitancy is affecting NFL teams. … Rohan Nadkarni’s interview with Dwyane Wade about his new game show is a delight.

The College Football Playoff is on the verge of expanding to 12 teams. … Russell Wilson denies he requested a trade from the Seahawks. … About a million people bought the Floyd Mayweather–Logan Paul pay-per-view.

This Durant shot was unbelievable

But when the game is on the line, you obviously want the ball in Bruce Brown’s hands

Kevin Pillar isn’t doing a pagan ritual at the plate

I’m guessing he’s not great at fielding his position

I love this logo

Hackers stole 780 GB of data from video game maker EA, including some source code for games. … A substance that was staining Maine beachgoers’ feet black was determined to be millions of dead bugs. … A dog that was ejected from a car in a crash was found days later herding sheep nearby.

Drinking a beer without touching the glass