Paying People To Get Vaccinated Might Work – but Is It Ethical? 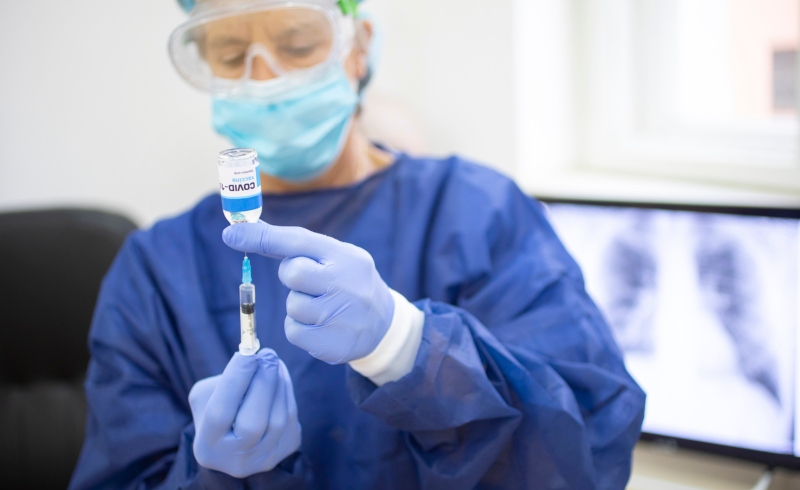 A financial shot in the arm could be just what is needed for Americans unsure about vaccination.

On May 12, 2021, the Republican governor of Ohio, Mike DeWine, announced five US$1 million lottery prizes for those who are vaccinated. Meanwhile, in West Virginia, younger citizens are being enticed to get the shot with $100 savings bonds, and a state university in North Carolina is offering students who get vaccinated a chance to win the cost of housing. Many companies are paying vaccinated employees more money through bonuses or extra paid time off.

The push to get as many people vaccinated as possible is laudable and may well work. But leading behavioral scientists are worried that paying people to vaccinate could backfire if it makes people more skeptical of the shots. And ethicists have argued that it would be wrong, citing concerns over fairness and equity.

As a behavioral scientist and ethicist, I draw on an extensive body of research to help answer these questions. It suggests that incentives might work to save lives and, if properly structured, need not trample individual rights or be a huge expense for the government.

In the United States, incentives and disincentives are already used in health care. The U.S. system of privatized health insurance exposes patients to substantial deductibles and copays, not only to cover costs but to cut down on what could be deemed as wasteful health care – the thinking being that putting a cost to an emergency room visit, for example, might deter those who aren’t really in need of that level of care.

In practice, this means patients are encouraged to decline both emergency and more routine care, since both are exposed to costs.

In the case of COVID-19, the vaccines are already free to consumers, which has undoubtedly encouraged people to be immunized. Studies have shown that reducing out-of-pocket costs can improve adherence to life-sustaining drugs, whether to prevent heart attacks or to manage diabetes.

A payment to take a drug goes one step further than simply reducing costs. And if properly designed, such incentives can change health behaviors.

And for vaccination in particular, payments have been succesful for human papillomavirus (HPV) in England; hepatitis B in the United States and the United Kingdom; and tetanus toxoid in Nigeria. The effects can be substantial: For example, for one group in the HPV study, the vaccination rate more than doubled with an incentive.

For COVID-19, there are no field studies to date, but several survey experiments, including one my group conducted with 1,000 Americans, find that incentives are likely to work. In our case, the incentive of a tax break was enough to encourage those hesitant about vaccinations to say they would take the shot.

Even if incentives will save lives by increasing vaccinations, there are still other ethical considerations. A key concern is protecting the autonomous choices of people to decide what they put into their own bodies. This may be especially important for the COVID-19 vaccines, which – although authorized as likely safe and effective – are not yet fully approved by the Food and Drug Administration.

But already people are often paid to participate in clinical trials for drugs that have not yet been approved by the FDA. Ethicists have worried that such payments may be “coercive” if the money is so attractive as to override a person’s free choices or make them worse off overall.

One can quibble about whether the term “coercion” applies to offers of payment. But even if offers were coercive, payments may still be reasonable to save lives in a pandemic if they succeed in greater levels of immunization.

During the smallpox epidemic nearly 100 years ago, the U.S. Supreme Court upheld the power of states to mandate vaccines. Compared with mandating vaccination, the incentives to encourage vaccines seem innocuous.

Yet some still worry. Bioethicists Emily Largent and Franklin Miller wrote in a recent paper that a payment might “unfairly” exploit “those U.S. residents who have lost jobs … or slipped into poverty during the pandemic,” which could leave them feeling as if they have “no choice but to be vaccinated for cash.” Others have noted that vaccine hesitancy is higher in nonwhite communities, where incomes tend to be lower, as is trust in the medical establishment.

Ethicists and policymakers should indeed focus on the poorest members of our community and seek to minimize racial disparities in both health outcomes and wealth. But there is no evidence that offering money is actually detrimental to such populations. Receiving money is a good thing. To suggest that we have to protect adults by denying them offers of money may come across as paternalism.

Some ethicists also argue that the money is better spent elsewhere to increase participation. States could spend the money making sure vaccines are convenient to everyone, for example, by bringing them to community events and churches. Money could also support various efforts to fight misinformation and communicate the importance of getting the shot.

The cost of incentives

Financial incentives could be expensive as a policy solution. As in Ohio, lottery drawings are one way to cap the overall cost of incentives while giving millions of people an additional reason to get their shot.

[Over 100,000 readers rely on The Conversation’s newsletter to understand the world. Sign up today.]

The tax code could also allow for a no-cost incentive for vaccination. Tax deductions and credits are often designed to encourage behaviors, such as savings or home ownership. Some states now have big budget surpluses and are considering tax relief measures. If a state announced now that such payments would be conditional on being vaccinated, then each person declining the shot would save the government money.

Ultimately, a well-designed vaccination incentive can help save lives and need not keep the ethicists up at night.

This article is republished from The Conversation under a Creative Commons license. Read the original article.

If you believe in the work we are doing here at The Good Men Project and want a deeper connection with our community, please join us as a Premium Member today.

Premium Members get to view The Good Men Project with NO ADS. Need more info? A complete list of benefits is here.

Best Hiking Packs For The Traveler In You

How to Make Healthy Lifestyle Choices

Am I better off without a $4 or $5k beater car that could break at any moment or a more reliable car around $12-$15k that will last? : personalfinance