Per Multiple Publications-“Dems Retreat On Crime And Police Reform” 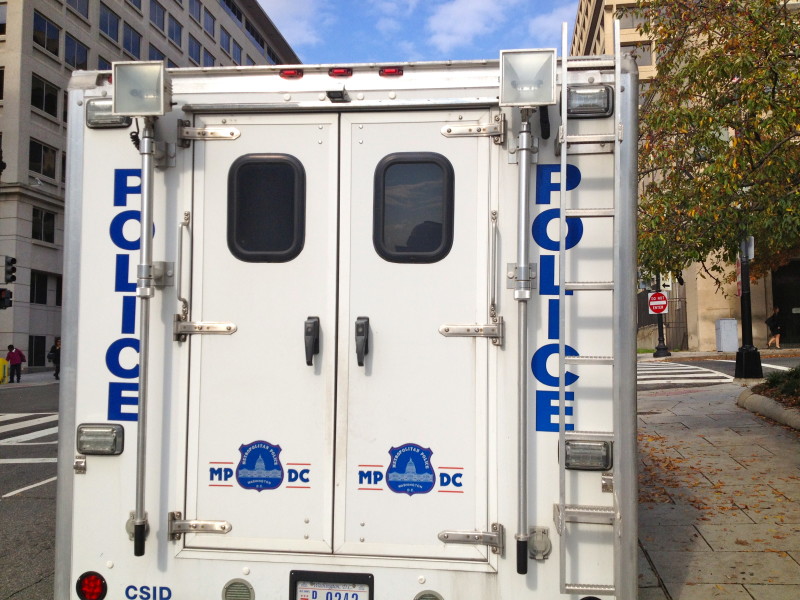 Defunding the police and cutting the prison population in half are ideas rejected by the vast majority of Americans regardless of demographics.

Democrats are retreating as fast as they can on justice reform. Per Politico and other national publications, they understand that they are going to lose the midterms unless they change their policies.

It seems that I no longer have much sympathy for progressives regarding crime and justice.

I swore that when I began my writings many years ago, I would be a fair and impartial source of information. All I ever wanted to do is to combine multiple sources of data on crime and come to logical conclusions.

Do I dislike progressives? No. I worked for Democrat-progressive government organizations for most of my professional life. But while I supported their desire to be more equitable and to provide second chances for offenders, most remained supportive of law enforcement and understood that there are many who deserve to be in prison. They respected the rights of victims.

Defund Law Enforcement-Cut The Prison Population In Half

Then progressives changed. Their focus became the offender, not the victim or the public’s safety. They gleefully beat up on law enforcement. I predicted a backlash reasserting support for policing back in November. It’s now happening. Even progressive publications are running the stories below.

The defund the police movement may be the dumbest thing to ever leave the mouths of advocates-politicians-media. Yea, a few cops committed incredibly stupid and illegal acts. So stipulated. We in the justice system need to own this. We need to improve.

But the result was the universal condemnation of a million cops and civilians based on the actions of a few, the theoretical basis for any form of racism, sexism, or any other “ism.” This resulted in thousands of officers leaving and the end of proactive policing, the only modality with an exhaustive research base indicating that it reduces violence and crime.

The second annoyance was candidate Biden’s pledge to cut the prison population in half.

“Would you commit to cutting incarceration by 50%?” Albert asks Biden. “More than that. We can do it more than that,” he responds.

It’s interesting that per an ACLU article, “This week, Joe Biden also agreed, telling an ACLU volunteer that he would, in fact, commit to reducing incarceration in half and that he’s  put together a plan that will go further than 50 percent.”

This quote came after his assertion that he would not commit to a percentage cut. Thus, after taking time to think it over, candidate Biden is still committed to a 50 percent (or more) cut in the prison population, ACLU.

But Wait, There More

As I started to write that progressives were horribly wrong and that all this would lead to exploding violence and fear and literally the destruction of struggling areas and people, I began to get more pushback.

When I used federal data to document the increase in violence, I got this comment, “Leonard, why don’t you just admit that you’re a racist,” per a commentator in the Reddit criminology forum. Cowardly moderators said nothing.

There are still publications and organizations denying the increase in violence and fear. They are like climate deniers.

“There’s a ton of evidence-based data presented by the federal government supporting progressive initiatives” per a LinkedIn Ph.D. critic. The writer had to be schooled that “evidence-based” doesn’t mean successful and that you had to rely on multiple studies (meta-analysis or literature reviews) for an indication as to what works. For example, one of the most successful criminal rehabilitation modalities is cognitive-behavioral therapy which reduces recidivism by approximately 20 percent, which means that 80 percent fail, which seems cruel to me. But most rehabilitation programs don’t work per the National Institute of Justice (same link). Inmate and parole and probation recidivism is astoundingly high.

I went to a meeting with ACLU officials who stated that crime victims had no right to interfere with policy discussions.

Finally, the attacks on cops were way beyond proportional. If proactive policing is the only modality we have that has multiple supportive studies showing that it reduces crime, belittling all cops to the point where we have lost thousands seemed foolish. I started to wonder about the sanity of today’s progressives. The only effort that indicates reductions in crime are proactive police strategies via the US Department of Justice and the National Academies of Sciences.

I began to understand that “my” progressives had morphed into people inflicting great harm on minorities, the poor, the disenfranchised, and many others impacted by rapidly growing violence. Ideology, not data, guide their public statements.

Politico (all publications below use selected-rearranged quotes)

President Joe Biden is proclaiming that it’s time to “fund the police” and pouring more money into law enforcement in his budget plan. Democratic mayors in deep-blue cities are promising to hire hundreds more cops. Even in liberal bastions like Los Angeles, candidates are sprinting to claim the tough-on-crime mantle.

If 2020 was the year progressives reordered the traditional politics of crime and policing, 2022 looks like the year centrists are regaining their footing and nullifying those gains.

“As dumb as we are, we do listen to the base. The base has been giving it to us left and right: ‘What do you mean, cutting police?’” said former Pennsylvania Gov. Ed Rendell, who served two terms as Philadelphia mayor. “Go into North Philadelphia, where 99 percent of the people are African American, and ask them what they think of defunding the police. You wouldn’t find 10 people who are in favor.”

In an NBC News poll last month, fully 73 percent of voters said they’d be less likely to vote for a candidate who supports defunding the police, while Democrats’ House campaign arm, raising alarms about the “defund” label in its own research earlier this year, urged Democrats to reiterate their support for police.

In an interview with ABC This Week host George Stephanopoulos, the mayor said former NYPD Commissioner William Bratton was ‘right’ when he said on the Bloomberg Businessweek podcast last week that progressive policies have led to an increase in crime in Democrat-run cities.

What have I learned after writing hundreds of articles? People don’t care about data; it’s all about what they believe and whether it supports or offends their politics. You could say that 2+2=4 but if it doesn’t adhere to their personal beliefs, you will be blasted.

Progressive Democrats may take a beating during the mid-term elections. It’s possible that they will lose the House and Senate. President Biden is backing off police and justice reforms like victims running from a mass shooting.

While I remain uncomfortable with hugely partisan politics, people need to understand the harm being done to struggling communities.

I’m a pragmatist, give me ten minutes and I’ll p___ off every extremist in the country. It shouldn’t be a matter of personal beliefs, we should be relying on data to guide us (the vast majority of which doesn’t support progressive views).

Everything should be on the table for discussion as long as proposals are evaluated by independent, nonpartisan researchers (if there are any left).

I’ve been blasted by conservatives for supporting social workers taking nonviolent mental health 911 calls or for being open to the possibility of violence interrupters. I’ve been bullied by progressives for everything and anything that doesn’t fit their agenda.

We have to come to grips with the complexity of crime and criminals. Simple slogans saying that we have to cut the prison population in half ignores the best available evidence from the US Department of Justice and the US Sentencing Commission that the great majority will commit more crimes and most will return to prison. Released inmates hurt a lot of people.

That doesn’t mean that I don’t support rehabilitation programs. I do based on humanitarian or religious grounds. But it’s simply unethical to firmly state that they reduce recidivism; that’s lying to the American public based on the best available data. And denying the failure of rehabilitation programs hurts our effort to figure out why they don’t work. If this was a medical initiative, the AMA or the NIH would shut it down in a heartbeat. We are hurting the very people we are trying to assist.

Yes, there are thousands of former inmates who have done well, and several continue to be my friends. I interviewed many for radio and television shows. But when I suggested that the overwhelming number of them will be arrested and incarcerated once again, they state that recidivists have daemons they can’t control.

Violence Interrupters “may” be a worthy idea (three have been murdered in Baltimore-multiple others have been assaulted) but if street smart parole and probation agents can’t break the cycle of violence, what makes us believe that former offenders can?

There are endless ideas that seem personally intuitive that turn out wrong (i.e., boot camps for young offenders).

Everyone needs to be open to the ideas of others as long as they are backed by independent research. “Evidence-based” concepts are fine as long as we acknowledge that it doesn’t mean that initiatives work, or work well.

Pragmatism means being open to all data-backed solutions. This shouldn’t be about politics. Yet publish anything based on the best available research that disagrees with agendas and be prepared to be endlessly criticized.

But for the moment, progressive Democrats are now running as hard as they can from reforms. Based on the data, it was inevitable.