Preach, Shelby Harris! With Giants, Jets, Jaguars up first, Broncos due for September to remember. 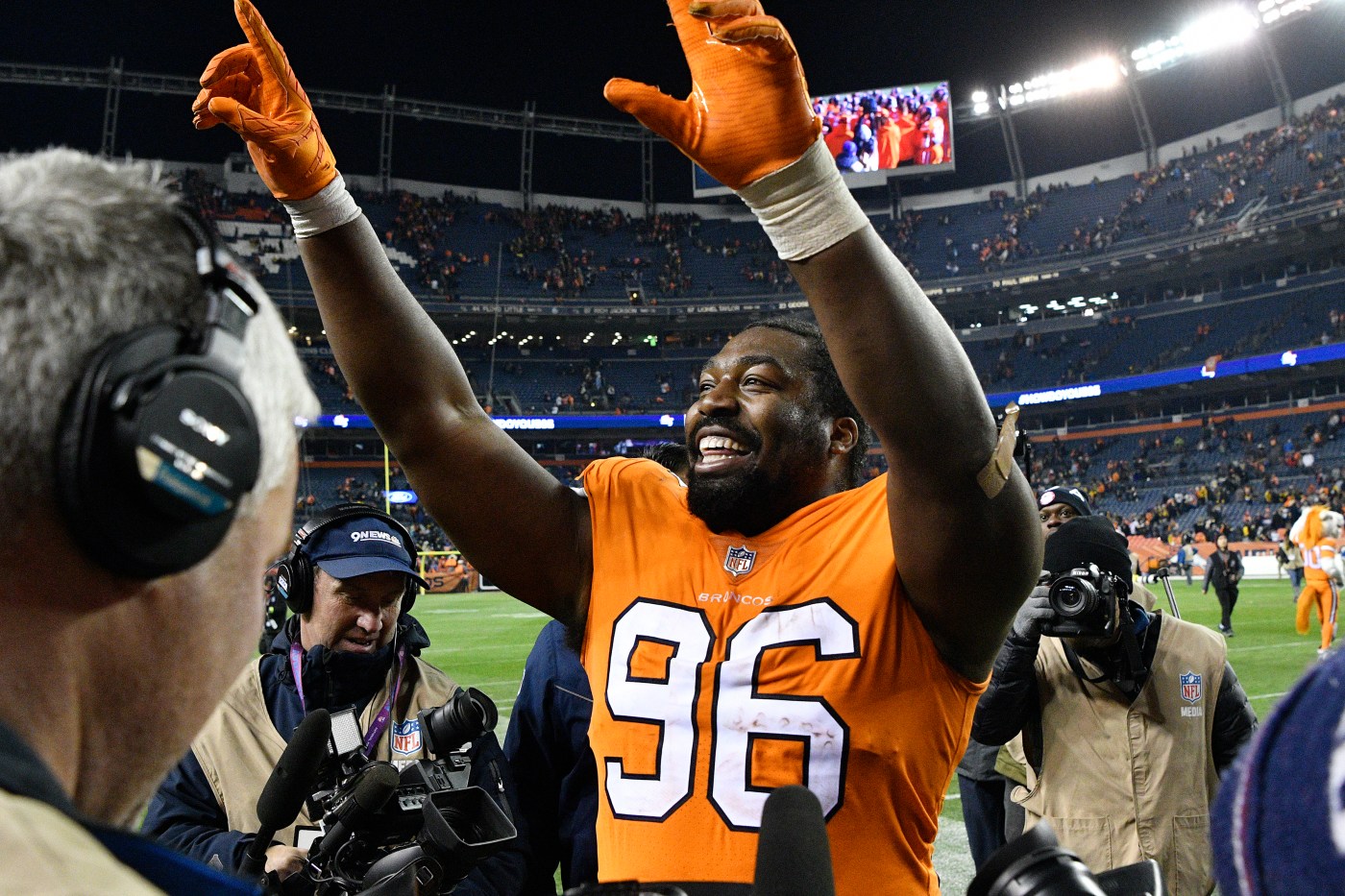 If the Broncos played like Shelby Harris preached, we’d be building statues for Drew Lock instead of excuses.

“It’s not a secret, you know? We (stink) in September,” Harris, the Broncos’ straight-shooting defensive end, said Wednesday, using a stronger term than stink. “We’ve got to do better.”

Amen. So how do you not (ahem) stink in September?

“Starting fast … and we’ve got to go out there, we’ve got to cut down on mistakes,” Harris continued. “I remember (over) the last couple seasons, it’s been the big play. The big play always (expletived) us over a little bit.

“So it’s all about cutting down the big plays. But then it’s also (about) creating big plays for ourselves. Getting turnovers. They talk about the hidden yardage. An interception return, you might get 20 yards (on it) and put us back on our own 30 or something like that. And it makes it easier, so you automatically get points.”

Harris didn’t point fingers specifically at Lock, the more turnover-prone of the Broncos’ two top quarterbacks. But he made no secret about the collective scar tissue he’s picked up from having to protect all those short fields immediately after his signal-caller surrenders the rock.

Since 2019, the Broncos are 0-7 in September. In those seven contests, Denver’s turned it over 10 times while taking it away from the opposition just twice.

So while you might scratch your head at running back Royce Freeman being shown the door, it’s another sign that new general manager George Paton is serious about those little things.

Third-team tailbacks have to contribute on special teams, one way or another. Aside from kicker Brandon McManus and the field-goal operation, the Broncos have resembled a hot mess, more often than not, on that side of the equation. And not just over the past month.

Which explains, in part, why the Broncos on Wednesday waived a productive depth piece in Freeman and claimed cornerback Mike Ford and running back Nate McCrary.

Ford was a special-teams ace for the Lions, a gunner on Detroit’s punt-coverage units. A guy who excels, purportedly, at the little things.

“We’ll bring (Ford) in here,” coach Vic Fangio said, “and see if we can get him rolling quick enough (for the opener).”

There’s a sense of urgency now, and justifiably. The Broncos’ September opponents posted a combined record of 9-39 last fall.

Two of those sad sacks, the Jags and Jets, are expected to roll out rookie quarterbacks against a Fangio defense. The NFL is practically begging the Broncos to be 3-0, to be relevant, right out of the gate.

Most of Fangio’s defensive starters should vie for Pro Bowl invites. A half-dozen, health-permitting, ought to land them. The Broncos are loaded in the secondary and in the receiving corps. There’s proven depth across the board.

But what this roster doesn’t have, still, is much of a margin for error — a trend that hasn’t changed much since 2019.

And when it comes to slow starts, Broncos coverage units haven’t done much to stop the bleeding in recent years. In September 2019 and 2020, the average starting field position off a kickoff for a Broncos opponent was their own 28. The Raiders during Week 1 of 2019 started drives off kickoffs at their own 35, on average. The Steelers’ average drive off kickoffs during Week 2 of 2020 began at their own 33.

“We’re 0-7 in September, and that’s unacceptable,” Harris stressed. “If we want to be the best, then we can’t keep kicking ourselves and stumbling out of the blocks.”

Because that hidden yardage, left unchecked, can absolutely bury you. Jobs are lost between the uprights. Divisions are won between the ears.

Israel’s Pegasus: Is your phone a ‘24-hour surveillance device’? | Opinions

Faucet Market will Accelerate at a CAGR of almost 9.02% through 2021-2025|Increasing Construction Activities Globally to upheave Growth

4 Things You May Notice After Taking It