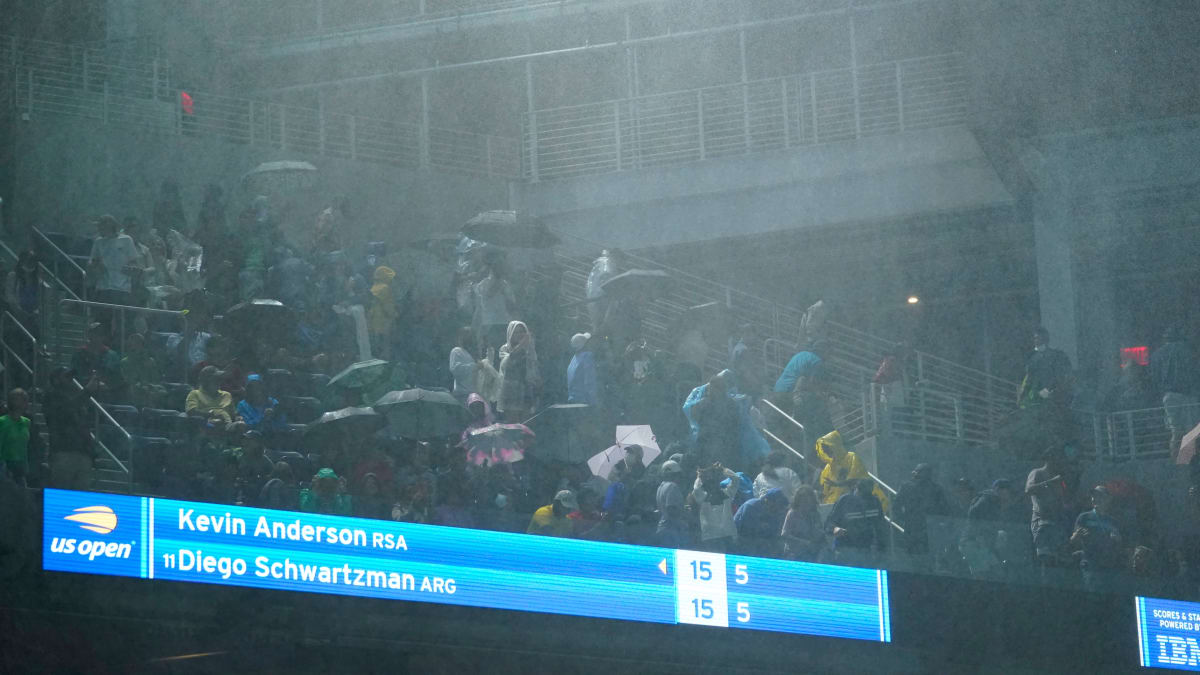 Despite being played in an arena with a retractable roof, play at the U.S. Open in New York was postponed due to flash flood warnings as the city experienced a downpour on Wednesday night. Despite the roof at Louis Armstrong Stadium being closed, water fell onto the court and stands.

Kevin Anderson and Diego Schwartzman’s match has been moved to Arthur Ashe Stadium and will be played following Adrian Mannarino and Stefanos Tsitsipas’s match. The Anderson-Schwartzman match was suspended during the first set for more than 30 minutes. Schwartzman ended up taking the first set, 7-6 (7-4).

The match between Angelique Kerber and Anhelina Kalinina has been pushed to Thursday.

The heavy rains caused the National Weather Service of New York to issue a flash flood emergency for the city. It marked the first time the NWS has ever taken such a step in New York City. The same designation was also made for Northeast New Jersey earlier Wednesday evening.

Vote now for the Celebrity who Made us Proud / LGBTQ Nation