On Thursday morning, real estate agents along the East Coast woke up to properties flooded and transportation limited thanks to record rainfalls brought on by the remnants of Hurricane Ida.

Storms battered Maryland, Pennsylvania, New Jersey and New York on Wednesday, dropping nearly 8 inches of rain on Central Park in Manhattan and 8.59 inches in Waldick in Bergen County, New Jersey. In all, at least 27 people were killed in the storms, which prompted thousands of rescue missions and millions of dollars in damages to homes and vehicles.

“The main issue is the transportation as a lot of trains are just not running at all,” New York-based agent Matt Ziegler of Oxford Properties Group wrote to Inman.

For Ziegler, the subway is the main way he gets to showings and appointments during the day.

“I’ve already had a lot of cancelled showing appointments today from clients coming outside of Manhattan too,” he continued.

Beyond limited mobility, Ziegler is also dealing with the wake of open windows.

“Some unoccupied apartments in a building I work with had the windows left open and did sustain some water damage to the floors,” he explained.

Ari Meridy, an agent with Brown Harris Stevens, said the backyard of a new rental he represents in Midtown Manhattan was under a foot of water this morning. Some of the water seeped through the windows and damaged the floors.

An image of water coming through the window, courtesy of Ari Meridy.

But it didn’t drain without leaving some damage. Meridy told Inman that some repairs will need to be made to the rear facade and the floor inside.

Over in southern New Jersey, Nancy Kowalik of Nancy Kowalik Real Estate Group, told Inman that neighborhoods in the Mullica Hill area got destroyed by not only heavy rainfall but a twister that touched down.

“I had people tell me that they saw cows going up, like something out of The Wizard of Oz,” she said.

There are communities, she continued, where homes have been destroyed and some completely swept off the ground.

For Kowalik, she was fortunate to share that none of the properties her brokerage represents were seriously damaged. However, backyard damage and will delay some of her listings.

Blinderman, an agent with Coldwell Banker in northern New Jersey, and told Inman that last night, two of her clients were impacted by the storm. 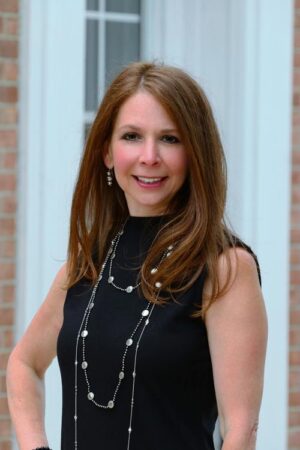 One of them, she explained, was moving out of the home they were selling when the flash floods started. The truck with the furniture got stuck in the street and the client was forced stay in the empty house for the night.

Another one of Blinderman’s client’s was supposed to close next week, but their basement flooded.

“The basement had inches of water because pipes burst,” Blinderman said. “Water was coming out of the basement sink like a river, a waterfall.”

She told Inman that repairmen in the area are so overwhelmed with requests, that she hasn’t been able to get a call back yet.

“Because this happened all over New Jersey, all of the companies are completely overwhelmed,” she explained. “Normally if I have an issue with a basement and water, I can call someone and they’ll be over in an hour.”

Over in Mullica Hill,  New Jersey, Kowalik told Inman that not only will the damage caused by the storm impact available inventory for prospective buyers, but displaced homeowners now need homes to rent.

“The phone was ringing off the hook this morning with people asking ‘do you have any sellers who are able to rent,” she said

How Real Estate Agents Can Succeed Using TikTok in 2021