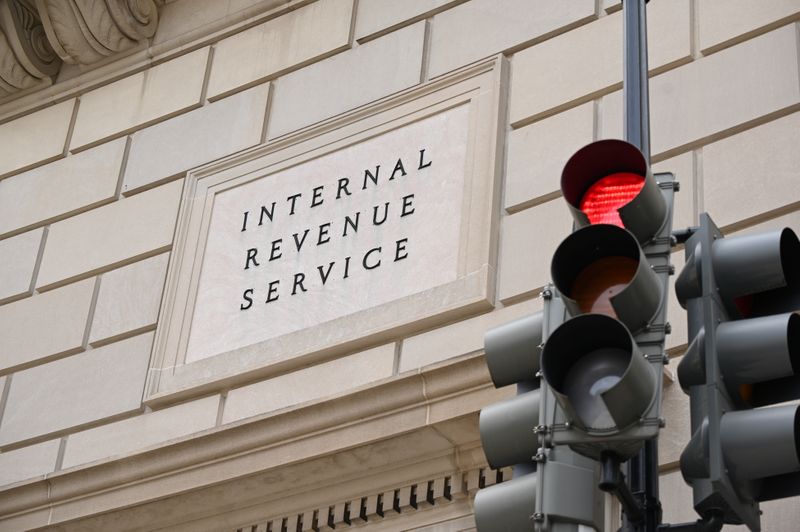 
(Reuters) -Executives of hedge fund Renaissance Technologies LLC could pay as much as $7 billion under an agreement with the Internal Revenue Service, a source familiar with the situation said, following a long-running dispute over the tax treatment of certain derivative transactions.

The firm’s founder, James Simons, who stepped down as the firm’s chairman in January, will also make an additional settlement payment of $670 million, according to a letter obtained by Reuters which was sent to investors from Renaissance’s Chief Executive Peter Brown on Thursday. The news was earlier reported by the Wall Street Journal.

The letter, earlier published by the WSJ, said the fund had resolved its longstanding dispute with the IRS regarding the tax treatment of certain Medallion option transactions during 2005-15.

“We engaged for several years in the IRS Appeals process,” the letter said, but concluded that it was better to agree to the resolution with the IRS “rather than risking a worse outcome, including harsher terms and penalties, that could result from litigation.”

The IRS did not immediately respond to Reuters’ request for comment.

The payment would dwarf that of a transfer pricing dispute with GlaxoSmithKline (NYSE:) in 2006 which saw the drug firm pay $3.4 billion. The IRS’s press statement https://www.irs.gov/pub/irs-news/ir-06-142.pdf said at the time it was the largest single payment to the IRS to resolve a tax dispute.

“It’s good to see that, despite a years-long knock-down bare-knuckles battle, the IRS prevailed in compelling at least one set of billionaires to pay the taxes they owe,” Bean said.

In 2015, the IRS issued guidance https://www.reuters.com/article/usa-irs-hedgefunds-idUKL3N0ZP3D320150709 that hedge funds using “basket options” had to report them on their tax returns and correct past returns, which came after a U.S. Senate subcommittee reported some funds were using this to avoid federal taxes.

Levin, a Democrat who was then head of the powerful U.S. Senate Permanent Subcommittee on Investigations, had presented the findings of a year-long probe into basket options, calling for tougher action from the authorities.

The report https://www.govinfo.gov/content/pkg/CHRG-113shrg89882/html/CHRG-113shrg89882.htm said the largest user of the options, Renaissance Technologies Corp, saved an estimated $6.8 billion in taxes.