Research supports COVID booster vaccines for those aged 60 and over

The global coronavirus disease 2019 (COVID-19) vaccination campaign has somewhat restored the faith among the global population that normalcy may return in the near future. Undoubtedly, the current COVID-19 vaccines that have been approved in several nations around the world offer the best form of protection against contracting the severe acute respiratory syndrome coronavirus 2 (SARS-CoV-2), the virus responsible for COVID-19, as well as its severe effects. Despite their utility, many scientists and public health experts are still unsure of how long these vaccines can protect the immunized against SARS-CoV-2. 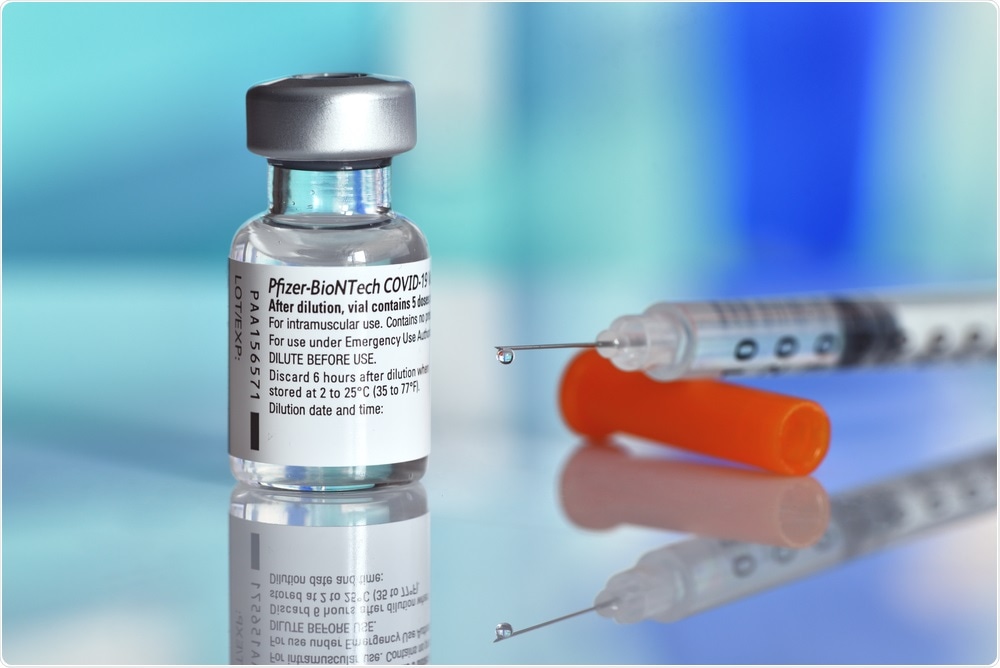 Amidst the global pandemic affecting millions, researchers around the world developed these vaccines at record speed with information that was initially available data on SARS-CoV-2. Since it is inevitable that SARS-CoV-2 will mutate from its original form, there has always been the possibility that antibodies will lose their immunogenicity over time.

Israel is currently experiencing a new wave of COVID-19 cases several months after implementing a national vaccination campaign. With this in mind, Israeli researchers conducted an important study from available public health data to determine if the Pfizer-BioNTech BNT162b2 vaccine had become less effective in preventing infection and, if so, in which population groups and to what degree. A preprint version of the study is currently available on the medRxiv* server.

Israel was among the first countries to introduce a national vaccination campaign using the Pfizer-BioNTech messenger ribonucleic acid (mRNA) BNT162b2 vaccine. This vaccine was initially approved for any person aged 16 and over, with a recommended 21-day interval between two doses.

By April 2021, over 50% of those aged 16 and over, and 88% of the 50+ age group country-wide had been fully vaccinated. Incidence rates dropped radically to 140 cases/day by April 2021. Initial population-based studies in Israel comparing the vaccinated and unvaccinated reported vaccine efficacy to be about 95%.

While publishing its third phase results, Pfizer-BioNTech reported a 91% efficacy rate over a six-month follow-up period, with an estimated 6% drop in efficacy every two months. Since a majority of the Israeli population are vaccinated, Israeli population-based observational studies no longer presented a feasible method of evaluating the long-term effectiveness of the vaccine.

Infection rates in Israel are on the rise again, with Israel currently experiencing its fourth wave of infections. The majority (97%) of those infected in this current wave is infected with the Delta variant (B.1.617.2), according to reports provided by the Israel Ministry of Health Laboratories. Initial serological studies of the Delta variant suggest that the BNT162b2 vaccine provides protection against Delta-variant infection; however, the rates are lower than that for the initial Alpha variant at 88% versus 93.7%, respectively.

Considering the rise in infection rates, along with the fact that there is also a steady drop in antibody strength every two months, there is a legitimate reason to hypothesize a reduction in vaccine effectiveness against the Delta variant over time. These facts prompted researchers to undertake the current study.

In the current study, the researchers extracted data from the Maccabi HealthCare Services database. Maccabi is the second largest Health Maintaining Organization in Israel and provides healthcare coverage for over 2.5 million citizens, which is a quarter of Israel’s total population.

Second, the researchers determined whether a relationship between IgG titers and subsequent infection confirmed by polymerase chain reaction (PCR) existed. To do this, the authors identified members who had a PCR test, irrespective of vaccination status, between June 1, 2021, and July 14, 2021, which closely align with the peak of the fourth wave of infection in Israel. PCR test results were then compared with an IgG serology test between 7 and 120 days prior to the PCR test. Thirdly, the researchers compared and stratified the PCR-confirmed infection rates by the period of vaccination.

The analyses revealed that mean IgG antibody levels steadily decreased over the six-month period in the total sample tested, irrespective of age. An inverse relationship was found between IgG titers and subsequent COVID-19 infection confirmed by PCR results.

Participants who had been vaccinated in the first two months of the vaccination campaign were more likely to become infected than those subsequently vaccinated. Those over 60 years of age who were vaccinated had lower initial IgG levels and were at greater risk of infection.

The study provided valuable insights on the fate of vaccinations six months following inoculation. For example, IgG serology levels for SARS-CoV-2 were found to progressively decrease over time for those who were completely vaccinated with two doses of the Pfizer mRNA vaccine, as well as every sub-population when differentiated by demographic and health variables.

The researchers also identified a clear association between serology levels and subsequent risk of infection, wherein participants with a serology level of 300 AU/ml or lower were more likely to get infected with COVID-19 than those above the mentioned level.

With declining rates of efficacy with time, those vaccinated at the very beginning of the national vaccination campaign were more likely to get infected during subsequent waves of new mutants as compared to those who were vaccinated later. These findings suggested that vaccine effectiveness significantly reduced over time. A more concerning hypothesis would be to assume that the severity of subsequent infections from mutant variants can be attributed, at least in part, to the vaccine’s reduced effectiveness over time.

However, on the positive side, the findings of the current study support the need for booster doses over time for the population, irrespective of age. This was a major motivation behind Israel opting for a third booster dose.

If and when published, this data would be valuable in supporting the completion of global population-based studies on vaccine effectiveness over time. This may also prevent subsequent, dangerous ‘waves’ of the infection by administering timely booster doses to the population.

I found out a few months ago, my mom died of leukemia cancer, I felt horrible about it, I cried a lot, I have been feeling quiet and kinda sad lately, what can I do?

The Block 2021 episode 26 recap: Ronnie and Georgia’s growing cash pile has the other teams seeing red