Lisa Hochstein, 39, and her husband, plastic surgeon Dr. Lenny Hochstein, 55, are getting divorced. The Real Housewives of Miami star’s spouse confirmed the news to Page Six on May 16, following rumors that the couple split. “Lisa and I are getting divorced,” he told the publication. “A few weeks ago, I denied this because because I am trying my best to protect my family during this process. This is a very difficult time, and I would ask for some privacy so that we can best take care of our children who mean the world to us.”

Lenny, who is known as the ‘Boob God’ of Miami, also confirmed that he’s dating 26-year-old Austrian model Katharina Mazepa. However, according to Lenny, this new relationship didn’t start “until after the decision was made to get divorced.” Lenny reportedly has yet to officially file for divorce. 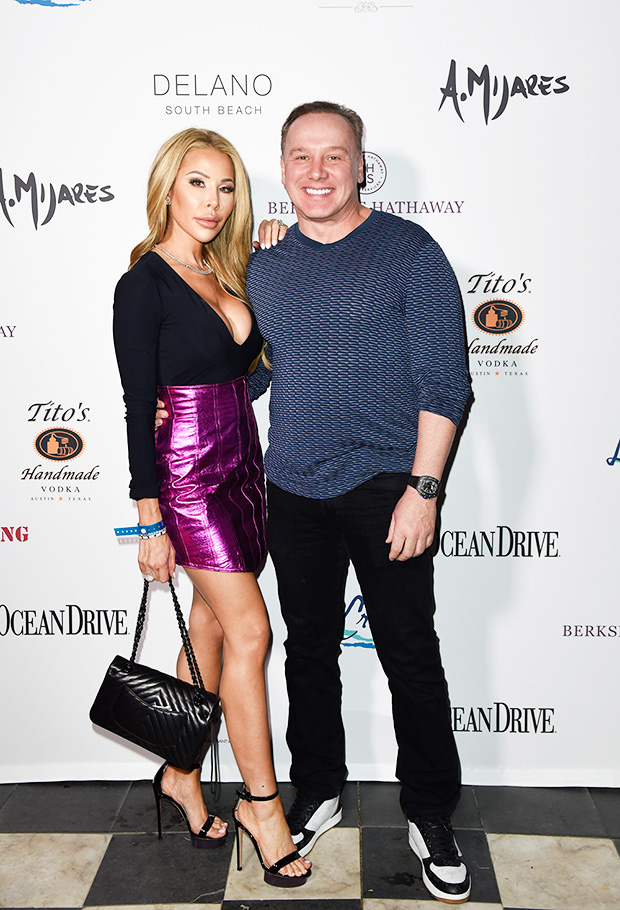 “We have been living separate lives for months and made the decision to divorce last month,” Lenny also said. “It was after the decision was made that I started seeing Katharina. This is something that Lisa was well aware of before it happened. Our issues have nothing to do with the filming of the show.”

Lisa and Lenny have been married since 2009 and share son Logan, 6, and daughter Elle, 2. A friend of Lisa’s told Page Six that the reality star is “devastated and disgusted that he would do this to his children.” The friend added, “She’s just shocked that in a heartbeat he would just abandon his family.”

Reports had just recently started circulating that Lisa and Lenny’s marriage was in trouble. On May 7, Lisa reportedly confronted Lenny and his new girlfriend at a nightclub in Miami and a drink was reportedly thrown, according to Page Six. Lisa was apparently with her RHOM co-star Larsa Pippen at the time of the incident, which reportedly wasn’t filmed for their Peacock show despite season 5 currently being in production.

In an EXCLUSIVE interview with HollywoodLife in March, Lisa revealed her favorite memory from the rebooted season of RHOM. “Being with my kids, I think those were my favorite moments,” the proud mom told us. “I have these memories forever. I just love showing the fans and the viewers me being a mother.”