by lewlewmedia
in GOSSIP NEWS
0 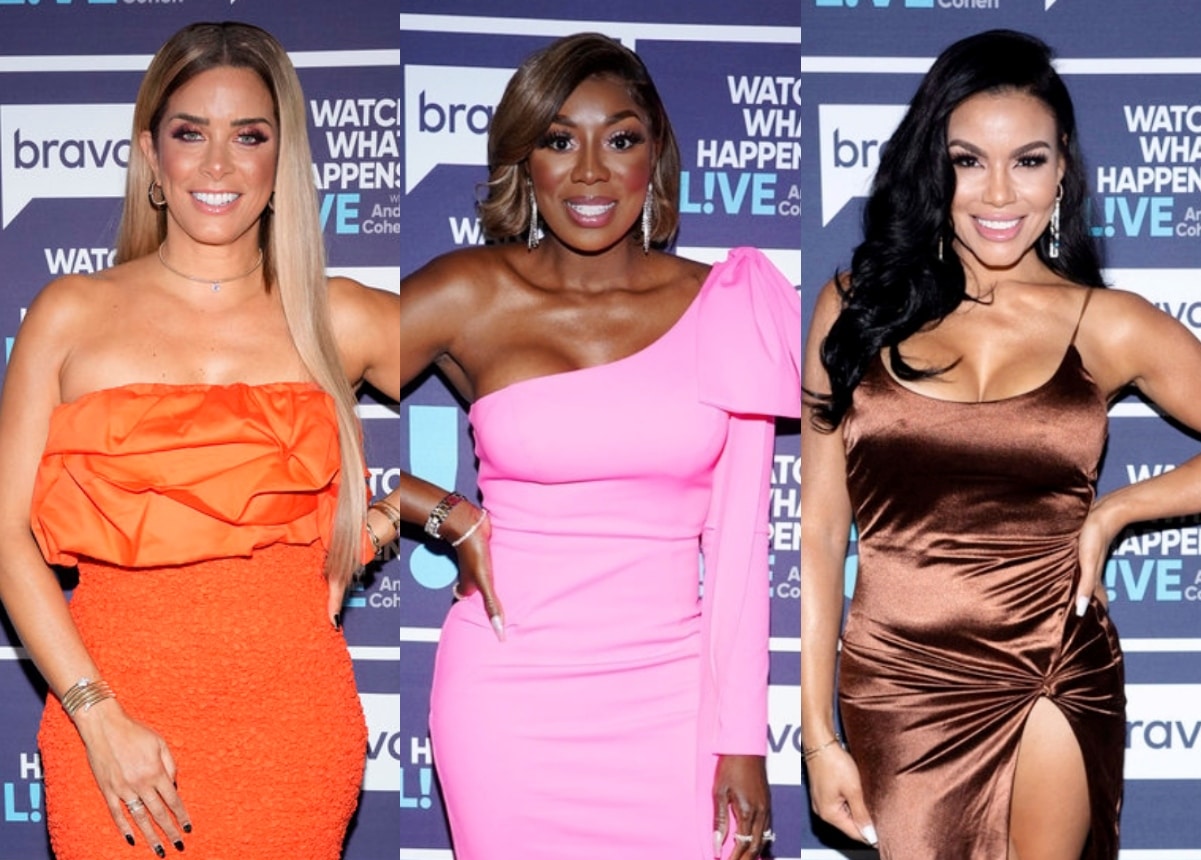 Robyn Dixon is speaking out about the behavior she exuded on last week’s episode of The Real Housewives of Potomac.

After seemingly taking a stand against Wendy Osefo amid her fight with Mia Thornton, even though it was Mia who threw a drink at their castmate, Robyn claimed the feud between the ladies “really wasn’t that big of a deal” in the moment before sharing why she slammed Wendy as “antagonistic” and reacting to fans’ claims of hypocrisy.

“Mia was wrong for throwing the drink. I wish she didn’t do it. But my thing with Wendy was I really wanted her to stop because I didn’t want her to do something that she would regret that jeopardized her job or her reputation,” Robyn explained to TODAY during a November 23 interview.

“I explained to her that you have more to lose than Mia,” she continued. “When I’m telling her ‘you’re being antagonistic,’ I’m telling her that because I’m saying you’re gonna make her do something that you don’t want her to do, because you don’t want to be caught up in it. So that was my whole point, and I’m upset that they didn’t really express that.”

Following the episode, many fans, and Wendy herself, called out Robyn and Gizelle Bryant, who also sided with Mia, for appearing to be okay with Mia’s behavior after they were so against Monique Samuels‘ season five violence against Candiace Dillard-Bassett.

“I don’t even understand the comparison,” Robyn said in response to the backlash. “To me, it was two totally different things. … In my opinion, throwing water on someone’s face is messed up. But to equate it to Monique grabbing Candiace and punching her multiple times, I just couldn’t make the connection.”

Robyn went on to note that Wendy vs. Mia didn’t escalate in the same way as Monique vs. Candiace.

“It just didn’t turn into that situation. Like we weren’t like, ‘Oh my god, Mia’s horrible, or Wendy did this.’ It wasn’t one of those things where we were taking sides. It was just like, ‘okay, this has got to stop,” Robyn recalled. “With the Monique thing, the violence was not OK, but I was more upset about what happened afterward with the social media, the manipulation, the lying and all of that.”

As for Mia’s season seven performance, which has included contradicting herself and giving misleading statements, Robyn said she may be acting up for the cameras.

“Part of me thinks that she isn’t forgetful of what she said or what the truth is. I kind of think sometimes she’s just like, ‘OK, I’m just gonna make TV,’” she suspected.

After being added to the RHOP cast for season six, Mia brought friend Jacqueline Blake to season seven. However, their relationship has seemed far from stable in the weeks since.

“There’s definitely a thing,” Robyn confirmed. “I definitely think one is really wrong, and it’s not going to be good for her when people see it play out.”

While another big story has been the many allegations that have arisen against Chris Bassett, Robyn said that while she doesn’t want to downplay Gizelle’s feelings, she knows Chris didn’t try to do anything wrong.

According to Robyn, she believes that because Gizelle’s claims against Chris came immediately after Ashley Darby told her about a late-night DM she received from Chris, Candiace was led to believe they were in cahoots. And due to Candiace and Ashley’s past drama, Robyn feels Ashley was likely excited about the DM.

“My first reaction was like, Chris is not that stupid to do something that sloppy with Candiace’s almost arch nemesis on the show. He’s not that dumb. I’m pretty sure Ashley was like, ‘Yes, I got something!” Robyn shared.

As for what remains on RHOP season seven, Robyn teased, “You’ll be entertained and intrigued. Every week, the fans will be losing their minds on social media and debating nonstop.”

During a game of rapid-fire questions with TODAY, Robyn named herself as the RHOP cast member who causes the most drama, brings the most receipts, and has the best storyline, before saying it is Karen Huger who she’ll have the most to say to at the reunion and admitting to wishing the feud between Gizelle and Candiace would resolve herself.

She then said she’d love to have Katie Rost back on the show.

“Katie is always a hoot, you never know what you’re going to get. I’d love to see old Katie come back,” Robyn stated.

Also during the interview, Robyn reacted to Michelle Obama coming forward as an RHOP fan, saying, “I’m sad that we have to disappoint her with our fighting sometimes, so hopefully we can work on that.” She also weighed in on Michael Darby being spotted at the resort where Candiace was performing in the Bahamas last weekend.

“It’s so random. I almost feel like I should have played like the lottery or something,” she joked. “The stars are aligned right now for them to be in the same hotel at the same time. It’s so crazy. I want to know if they were talking and what was said.”

The Real Housewives of Potomac season seven airs Sundays at 8/7c on Bravo.

When & How to Watch & Stream – Billboard