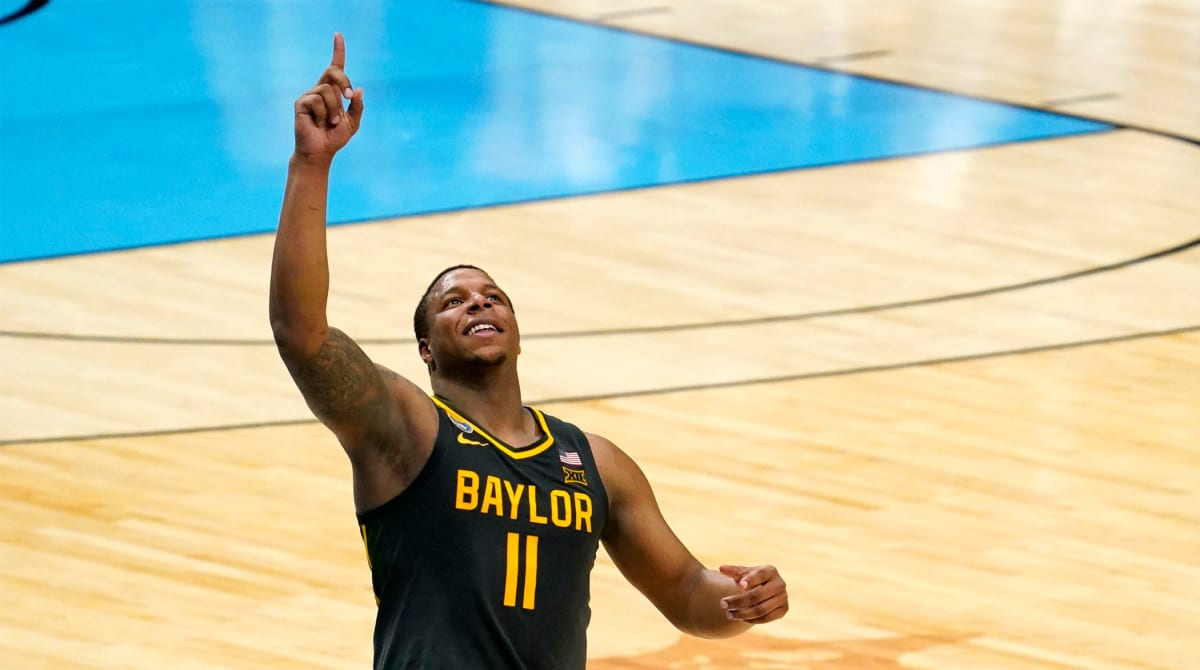 Mark Vital is trading in his basketball for the pigskin as he signs with the Seahawks to join their practice squad.

The 24-year-old helped lead Baylor men’s basketball to a national title earlier this year, beating top-ranked Gonzaga by 16 points. Vital, who is 6-foot-5, 250 pounds, has not played football since middle school, but will compete at tight end.

“I’ve worked out for a couple of teams and they liked the way I looked,” Vital recently told KPLC in Louisiana. “They said I had great hands and I was fast and big. I can do a lot of things that can help teams. It’s a learning experience because it’s something different.”

Vital was a third-team All-Big 12 selection in 2020 and a three-time Big 12 All-Defensive Team selection. Additionally, he is a two-time semifinalist for the Naismith Defensive Player of the Year award.

He’s coming off a stint in the NBA summer league with Portland, where he averaged 1.3 points and four rebounds in the span of three games.

The signing comes several weeks after second-year Seahawks tight end Colby Parkinson broke his foot in practice. Gerald Everrett and Will Dissly are the other two tight ends on Seattle’s active roster.

Reservation Dogs Has Been Renewed For Season 2