The successor to the Pagani Huayra, codenamed C10, has finally been revealed. it’s called the Pagani Utopia, and it aims to live up to that lofty name by emphasizing driving purity.

The result of a six-year design process, the Utopia purposely minimizes the spoilers, ducts, and other aerodynamic devices seen on other supercars for a cleaner design, Pagani said in a press release. It’s also recognizably a Pagani, with the automaker’s signature quad headlights (in housings machined from solid aluminum) and centered quad exhaust tips.

Aero devices are subtly integrated with the bodywork. The Utopia has a front splitter, large intakes and vents that channel air through the grille and around the sides of the car, and active flaps at the rear. These combine to give the Utopia near-perfect aerodynamic balance at a wide range of speeds, while reducing the sensitivity to ground clearance for more predictable, safer, handling characteristics, according to Pagani. 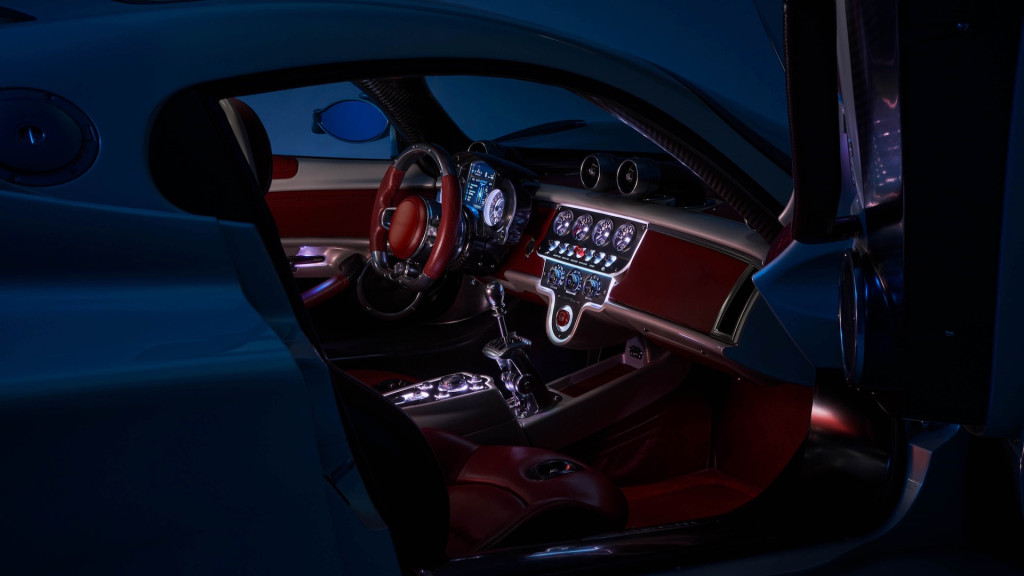 The mid-mounted V-12 drives the rear wheels through an Xtrac 7-speed automated-manual transmission (a full-manual version will also be available, Pagani said). A dual-clutch transmission would be more efficient, Pagani noted, but the automaker claims the Xtrac gearbox is lighter and gives the driver more control, adding that its transverse arrangement reduces the polar moment of inertia to keep oversteer in check.

Pagani hasn’t published any performance figures, but with a claimed 2,822-lb dry curb weight, the Utopia should be pretty lively. A carbon-titanium monocoque (with chromium-molybdenum steel subframes) and aluminum suspension components help contribute to that relatively low curb weight. Pagani also claims a 10.5% increase in torsional rigidity over the Huayra monocoque. 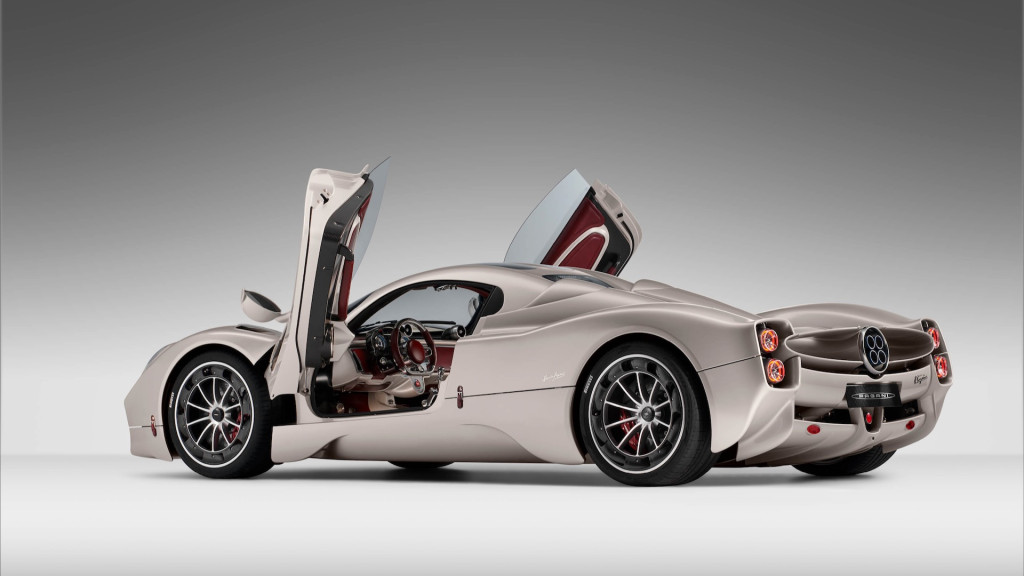 The Utopia also gets independent double-wishbone suspension with helical springs and semi-active shocks, as well as a Brembo carbon-ceramic brake system. Wheels measure 21 inches in front and 22 inches in the rear, with standard Pirelli Zero Corsa tires. Pirelli SottoZero tires are also available in the unlikely event owners decide to take their cars out in winter conditions.

The interior features Pagani’s usual high level of craftsmanship, including a steering wheel machined from a single block of aluminum. Pagani also made a point of not including any screens, instead using the space for switches and dials that look right out of an aircraft cockpit.

Pagani plans to build 99 Utopia coupes at an undisclosed price. If the automaker follows the same pattern as the Zonda and Huayra, you can expect a Utopia Roadster to follow the coupe, as well as a series of special editions and hardcore track versions. And while the Utopia officially succeeds the Huayra, that car may not go away. After all, Pagani unveiled a new Zonda 760 Roadster in January—more than a decade after production of that car technically ended.