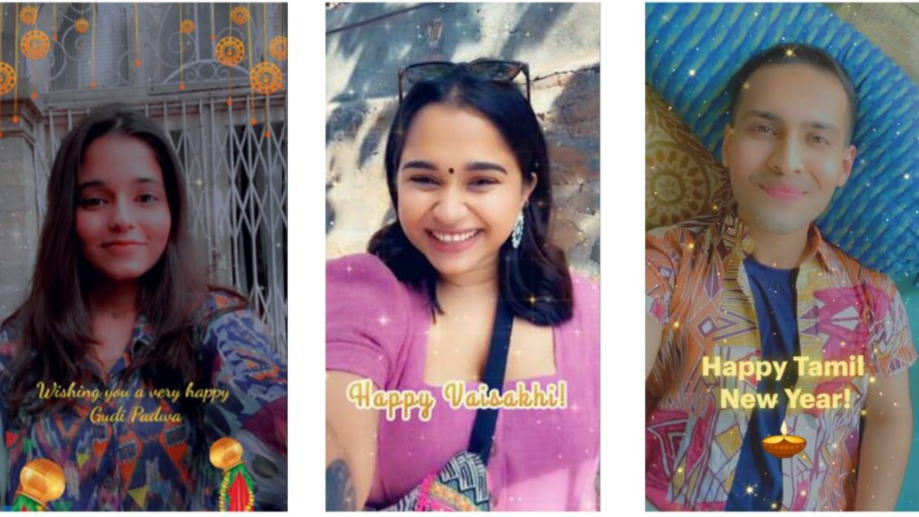 Snapchat has introduced localised lenses to mark the onset of spring and harvest season, which also marks the beginning of the New Year in some regional traditions in India.

Snapchat’s new festive lenses are available for users based on the region where the festival is taking place.

Users can find these lenses by scrolling through the different lenses at the bottom on the Snapchat app. Depending on which region the festival is celebrated, Snapchat will feature an AR lens. Users can try out these lenses and share them along with the respective festive greetings.

Snapchat app allows users to share photos and videos with friends for a specific time period after which the content gets deleted. It offers filters and lenses, many of which are augmented reality-enabled.

Snapchat has listed out the different festivals taking place in India starting today. In the north and west it is mostly celebrated as Vaisakhi or Gudi Padwa, in the South, it is Puthandu in Tamil Nadu and Vishu in Kerala, and in the East, it’s Pana Sankranti, Bihu and Pahela Baisakh.

These lenses are designed to encourage meaningful connections and real friendships amongst Snapchatters and can be found in Lens Explorer.

Snapchat app allows users to share photos and videos with friends for a specific time period after which the content gets deleted. It offers filters and lenses, many of which are augmented reality-enabled.

India is the biggest market after the US for Snapchat. The company is going the whole hog in making Snapchat feel local to its user community in India. Snap’s team in India focuses on developing culturally relevant products, community engagement, and partnerships.

This year the company will roll out more localized content for India. New shows revolving around popular artists and celebrities such as Anushka Sen, Raftaar, Ruhi Singh and Vir Das are being unveiled in 2021.

Still waiting for your third IRS stimulus check? Here’s how to track your payment

How to watch Technoking Elon Musk on SNL

Jennifer Lopez And Alex Rodriguez Reportedly 'Completely Back On' And Determined To Make It Work!