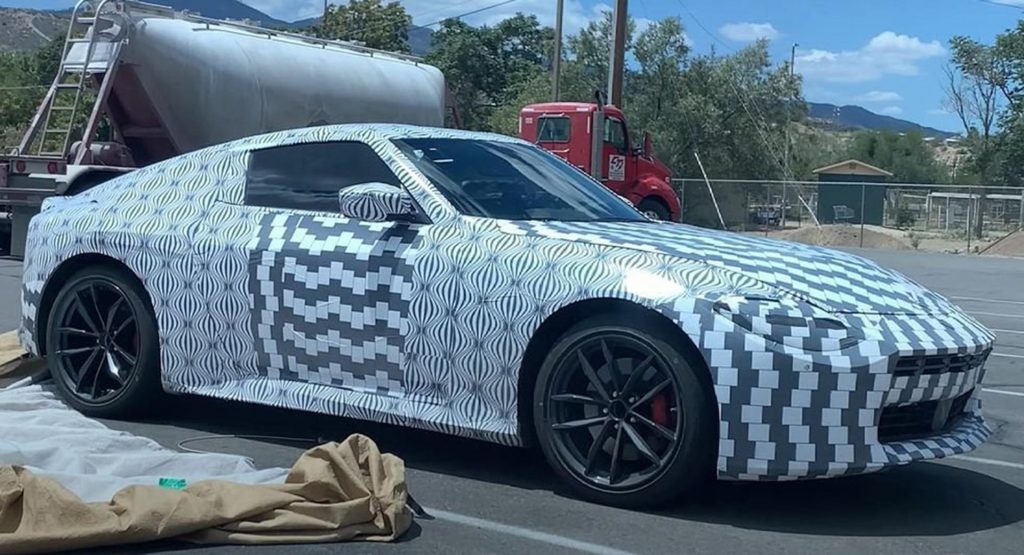 Prior to the global unveiling of the 2022 Nissan Z on August 17, a pair of prototypes have been spied testing in Miami, Arizona.

The new Nissan Z has been one of the worst kept secrets of the car industry. Just a few months ago, a series of images and videos emerged online showing the new car in production guise and with a design almost identical to the Z Proto that was unveiled last year.

Watch Also: Nissan Brings The Z Proto To Cars And Coffee In Nashville 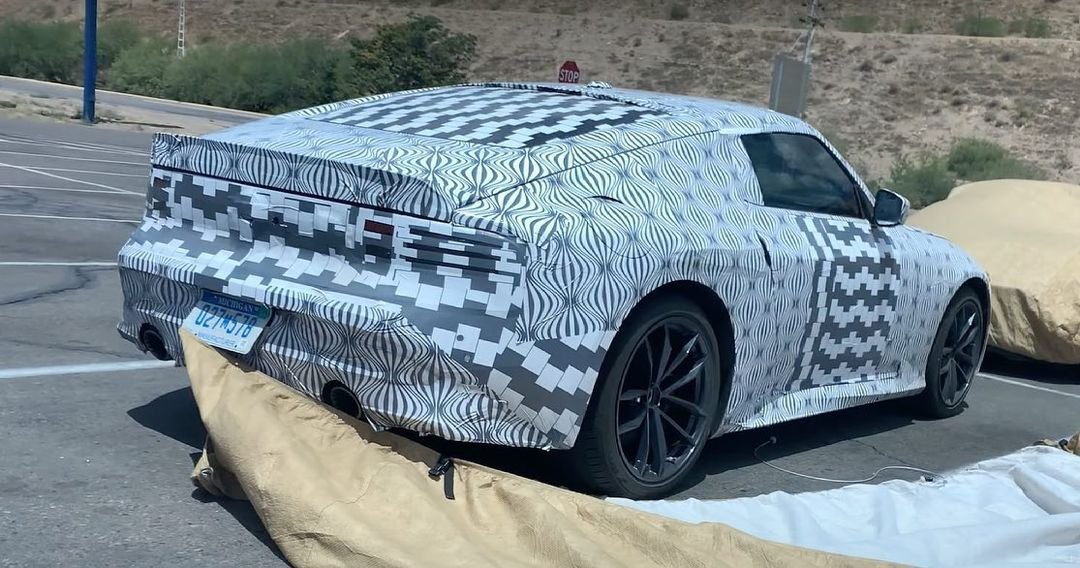 While we know what the completed sports car will look like, Nissan is continuing to test prototypes bathed in black and white camouflage. These photos from the New Nissan Z forum show one prototype with Michigan plates while the other prototype was hidden by a car cover. Both cars were snapped outside a Taco Bell.

Virtually every area of the car’s design appears almost identical to the Z Proto from last year. This includes the design of the wheels and the somewhat controversial grille. However, like the production-ready cars that were leaked a few months ago, these prototypes feature prominent trunklid lip spoilers that the Z Proto lacked. In addition, the suspension looks to have been jacked up a little bit to increase the ride height and make the car better suited to real-world driving.

Powering the new Nissan Z will be a 3.0-liter twin-turbocharged V6 that is expected to pump out around 400 hp. Customers will be able to order the car with either a Mercedes-sourced 9G-Tronic automatic transmission or a six-speed manual.

2024 Honda Prologue Announced as the Brand's Electric SUV for the U.S.

Core Spaces Closes Out Q2 with Groundbreakings, Acquisitions and Property Expansions Across 14 Markets in the U.S.

The best POS system for your business in 2021