The Beatles Move Into Collectible Coins


Over the years, the Beatles have moved thoughtfully into the merchandise business. The early years of rock ‘n roll artists’ merch were both an afterthought and a mostly disorganized cash grab, and the Fab Four became more circumspect over the decades.

Now, however, The Beatles’ landmark 1968 animated movie classic, Yellow Submarine, is being honored with a series of authentic, legal-tender collectible coins by Scottsdale, Ariz. company The Crown Mint. 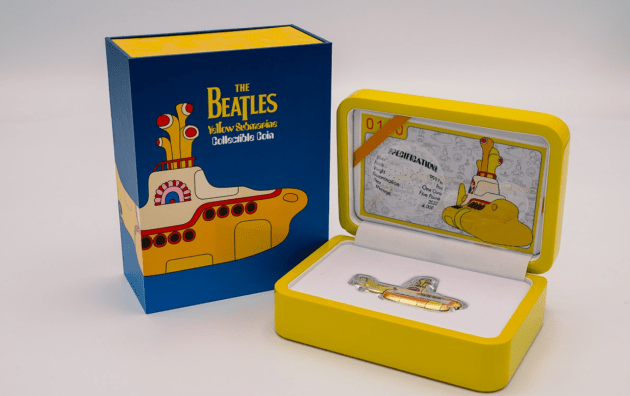 I had a chat with Steven Harris, a principal at Crown Mint. His company has been in business since 2008, initially as a design shop. The company started making packaging for coins, and eventually realized the company should evolve into making the coins themselves, “as we could do it better,” he says.

Once the company made that pivot, they shifted again. After exclusively selling on a wholesale basis, they switched to becoming a retailer, launching Crown Mint. Harris explained that their product was lost on other retailer sites, so the idea was to go straight to the consumer.

Harris revealed that many retailers admitted that their database was dying. They had the existential question “where is the market going?” Coin collecting does not speak to a younger clientele. Do you know any kids stamp collecting?

Indeed, nobody these days is using coins, any coins!

Crown Mint started with Star Wars, then Marvel. Harris said his company was competing with governments on coins, “once we started with licensing, everyone got on the bandwagon.”

“Maybe folks have never collected coins, this would be a way in,” observed Harris. “With our past licensing success, I wondered, how do we get The Beatles?” Apple Corps said ‘no’ many times to others with a similar idea, so instead of a round coin, Harris said they made different shapes, which were so “different and compelling.” It clearly won Apple (the Beatles’ company, not the computer maker) over. 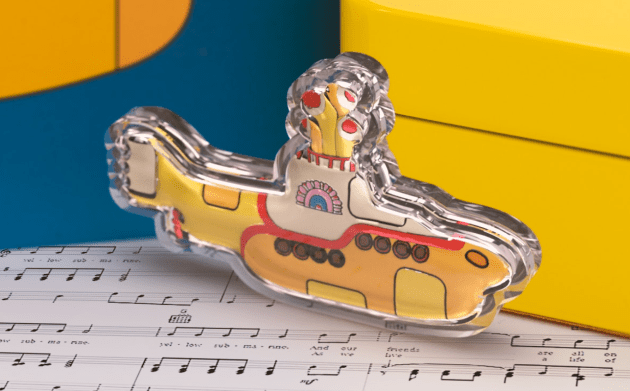 Harris looks for a brand that withstands the test of time. As a kid, he devoured Marvel comic books, and it seemed like a logical first move. “Older folks remember the comic books, younger kids devour the films,” he says. “We won’t do a coin unless we like the brand. We have been approached by a lot of folks. So far our guesses have been pretty good.”

I asked what the future holds for Crown Mint. “We have more Beatles products in the pipeline, and some more bands in discussion. Look for animated characters.”