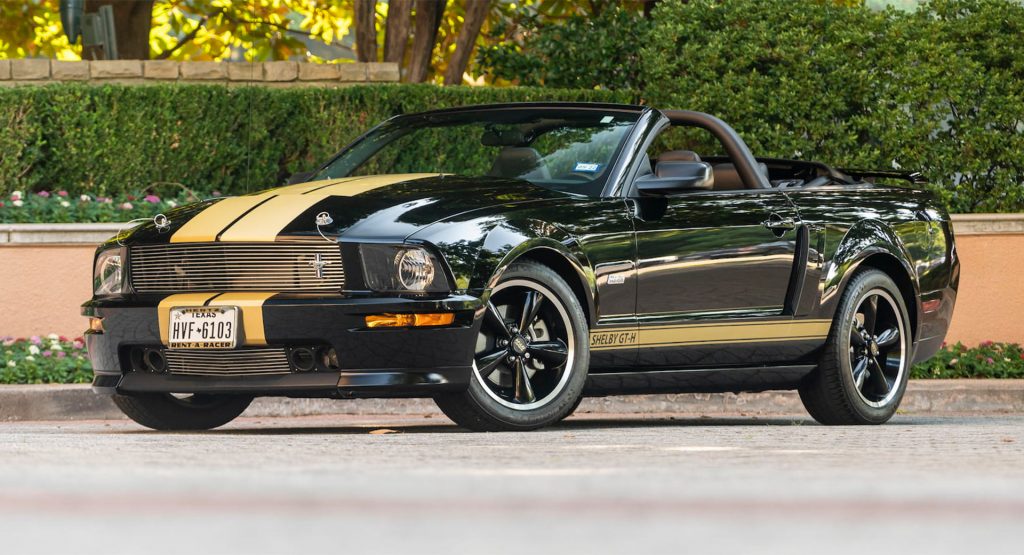 There have been a dizzying number if Ford Mustang variants produced over the decades and among the most intriguing are the Shelby GT-H models that were built in partnership with rental car giant Hertz.

Hertz, Ford, and Shelby collaborated on the car with it being available through Hertz’s Rent-a-Racer Program. There were 500 hardtop and 500 convertible models produced. This particular example listed by Mecum Auctions is a convertible and given its rarity, would certainly stand out in any car collection. 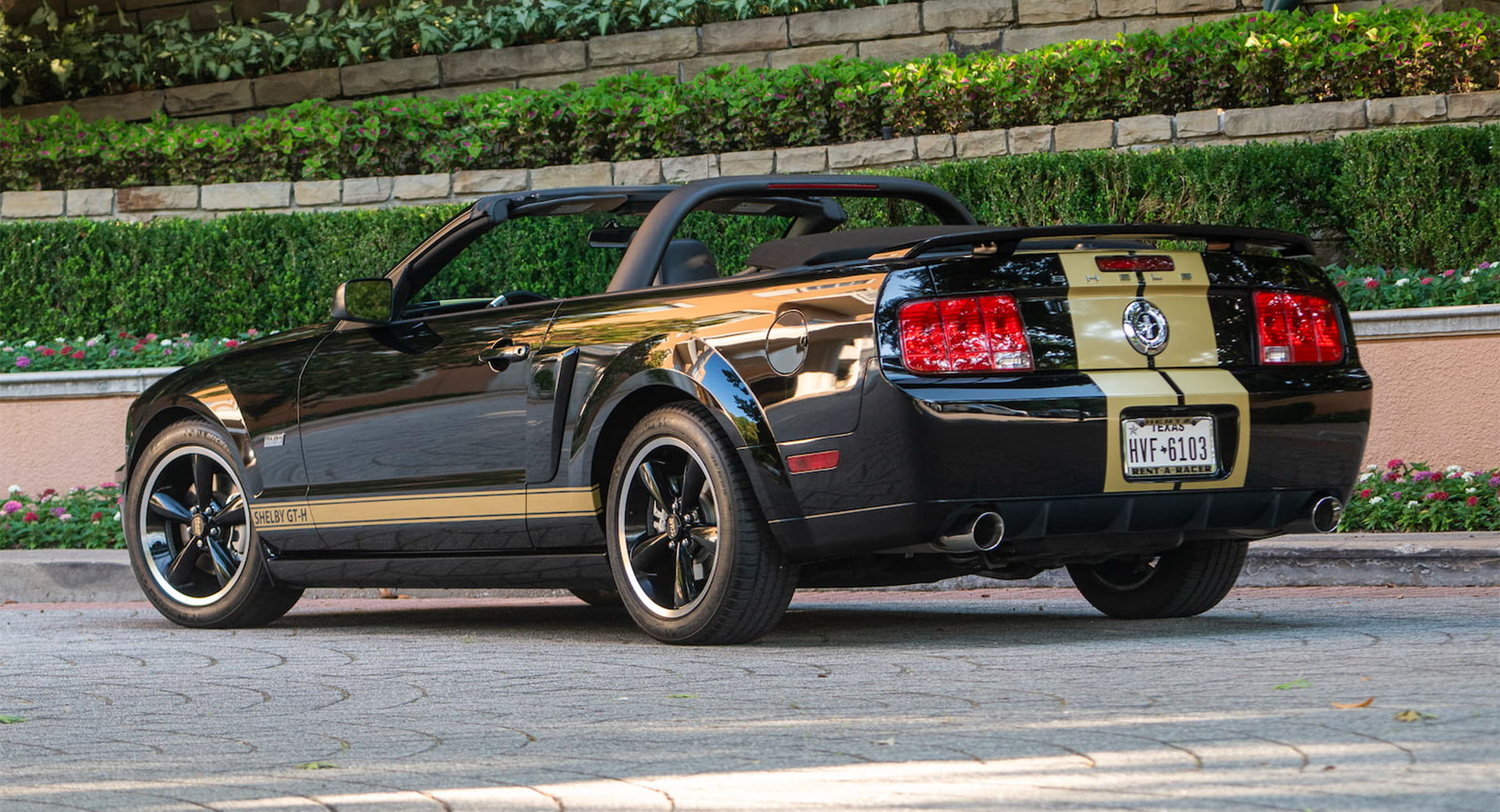 The listing doesn’t offer all that many details about this particular example, such as its serial number or how many miles it has covered. However, it does state that it has been kept in a garage since its rental car days and will be sold with its original window sticker and copies of paperwork including a Certificate of Origin from Shelby Automotive.

Each of the 1,000 Shelby GT-Hs produced cam outfitted with a cold air intake, exhaust, and a tune that helped the naturally-aspirated V8 pump out an extra 25 hp. Various visual modifications were also made to the car, including the fitment of five-spoke black wheels and gold racing stripes.

This particular example has a 5-speed manual gearbox. The vast majority of Mustang Shelby GT-H models were produced with automatic transmissions. In fact, Hemmings says that only a handful of examples were built with stick shifts for Hertz executives so this could very well be one of them.