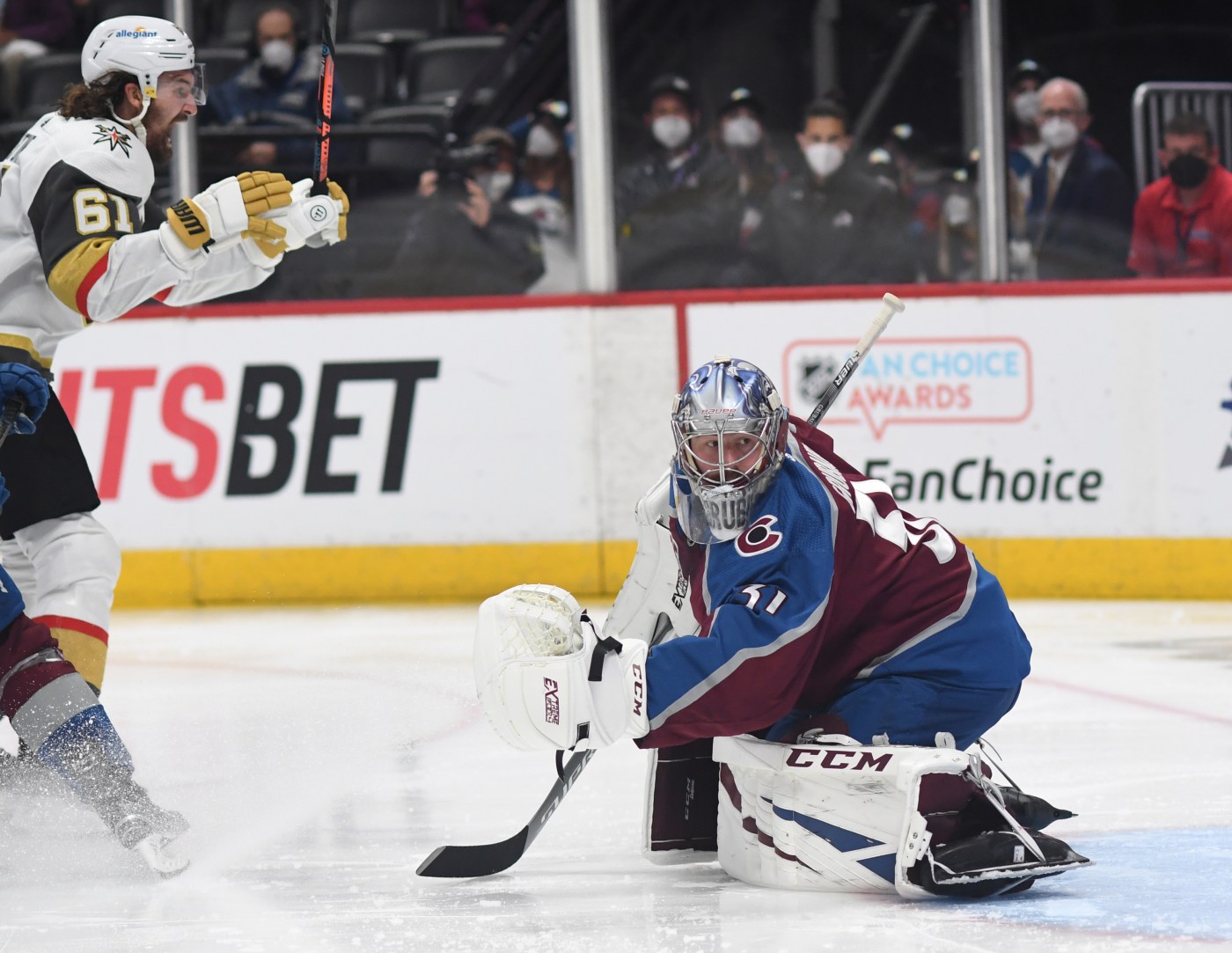 Having survived the second period trailing only 2-0, the Vegas Golden Knights knew they were fortunate, but also knew they had 20 minutes to rally.

They did just that — quickly, leading to overtime, which they won — quickly.

Two goals in a span of 3:04 in the third period erased the Avalanche’s lead and Mark Stone’s marker 50 seconds into overtime gave the Knights a 3-2 win in Game 5 on Tuesday night.

Vegas leads the teams’ second-round series 3-2 and can wrap it up Thursday at home.

“You knew this wasn’t going to be (like) the last couple games,” said Knights coach Pete DeBoer, referring to the wins in Games 3-4. “We knew there would be moments we had to weather the storm and bend but not break and I thought we did that.”

Said winger Jonathan Marchessault:  “We take a lot of pride in being really good in the second period, but (Tuesday), they were really good in the second period. That was their push. We’ve been a team for four years that doesn’t sit back and is resilient. We knew we had a chance if we came out hard in the third period and we did that. Good teams find a way to win a game.”

A breakdown of the Knights’ three goals has a common theme: Mistakes by the Avalanche.

Vegas goal No. 1: Avs winger Andre Burakovsky intercepted a pass by Vegas center Nicolas Roy in the Avalanche’s zone. Burakovsky turned right toward the boards, but instead of pitch-forking it over Roy off the boards or glass and safely into the neutral zone, he attempted a cross-ice pass.

Knights winger Mattias Janmark deflected Burakovsky’s pass to Roy, who centered to a streaking Tuck. The puck hit Tuch’s stick and went into the air, but he was able to bat it under goalie Philipp Grubauer’s right arm.

“That was very lucky,” said Tuch, who hadn’t scored in eight games. “I just tried to break toward the net and (Roy) put it on a platter and I was able to bat it into the net.”

Vegas goal No. 2: Led by winger Gabe Landeskog, the Avalanche had a 4-on-2 into the Knights zone. He had center J.T. Compher setting up for a one-timer and defenseman Ryan Graves open across the ice.

Landeskog’s pass was inaccurate — under the heel of Compher’s stick and off Graves’ right skate. The puck deflected into the neutral zone and was corralled by Knights center William Karlsson. Streaking down the right wing, he cut inside and passed back to Marchessault, who flipped it top shelf for the tie.

Vegas goal No. 3: As Stone would point out post-game, the Avs should have won 10 seconds into overtime, but goalie Marc-Andre Fluery stoned Compher’s rebound shot from the high slot.

At the other end of the ice, Graves’ point shot was first blocked by Stone and a second attempt also hit traffic. The rebound went to Knights winger Max Pacioretty, who back-handed it up ice to Stone.

Stone out-raced Graves and blistered a shot high over Grubauer’s glove side.

“Sometimes when the d-man shoots it like that, he can get flat-footed so I just took off and was fortunate to end the game,” Stone said.

Said DeBoer: “That was vintage Mark Stone because he blocked a shot in our end of the ice first and then got the breakaway and stuck it in the next with a perfect shot. If there is one sequence of plays that defines him, that would be it. Willing to do that grunt work and dirty work around our net defensively and then obviously the big-time play to win it for us.”

The Knights now head home for a close-out attempt. They led Minnesota 3-1 in the first round, but lost Games 5-6 to the Wild, requiring a Game 7 to advance.

“You’ve got the Presidents’ Trophy-winning (Avs) on the other side — you look at the numbers, they’re one of the best teams of the last 10-15 years,” DeBoer said. “There is going to be push and pull and I thought we did a great job. It wasn’t always perfect, but this is a tough place to win and our guys really dug in and found a way.”

30A Florida: Why region is a college football coach magnet