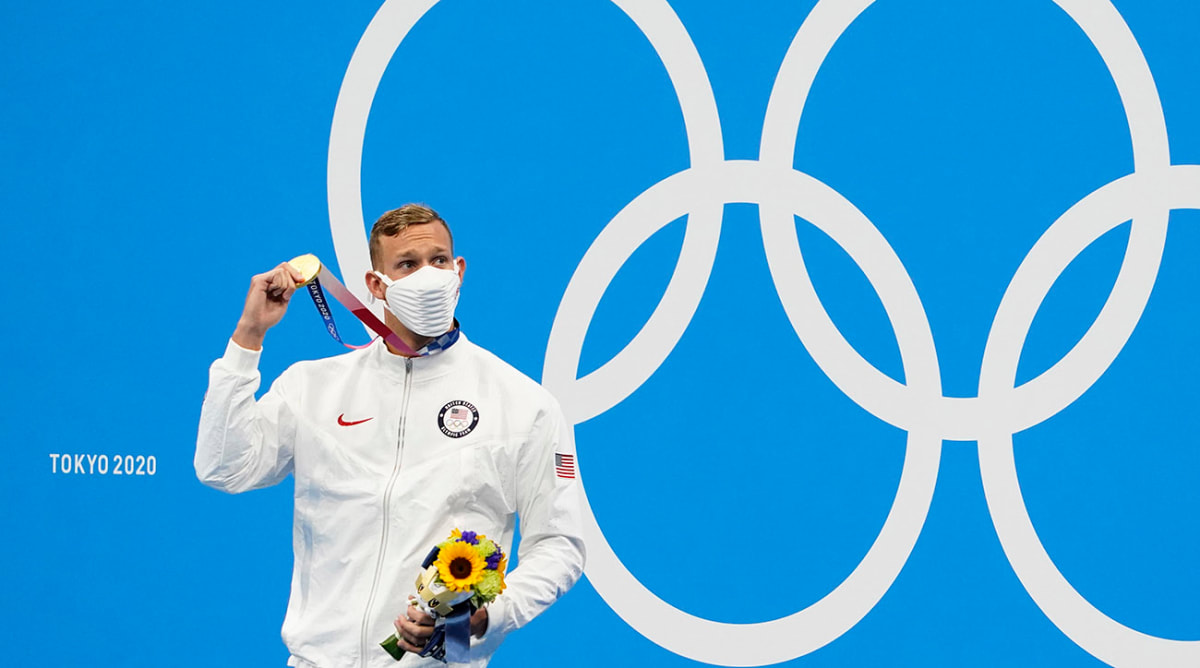 TOKYO — They are both Florida Gators and both won individual gold here Friday, but Caeleb Dressel and Bobby Finke swam different races and came, frankly, from very different places, even if they do train in the same zip code. America expected Dressel to win. Even Finke did not expect Finke to win.

Americans keep winning swimming medals here, and the pile can distort how hard it is just to win one. Dressel had never won individual gold until Thursday. It’s easy to take his greatness for granted, but neither he nor his team can afford to do it. It’s also easy to figure that some American we don’t anticipate will find a way to win a medal, because that happens at every Olympics, but it’s really hard to be that American.

Finke didn’t see it until he was 760 meters into his 800-meter final. He had been right around fifth place for most of the race. Fifth place in the Olympics is a hell of an accomplishment. But then Finke looked over, 10 meters after his last turn, and he thought: wow. Gold, which was barely a thought when he left the blocks, was in his sights.

“I noticed (when I was) like 10 meters off I was catching a little bit of ground, and that’s the only motivation I needed to try and pass and get my hand on the wall,” he said.

On whether he thought he could win gold: “I had no idea. Honestly.”

On his ever-improving times: “My best time going into this was (7:)47, and then in the prelims I dropped down to (7:)42. And then here I dropped another second. So I had no idea I was gonna do that. Honestly.”

Dressel had a pretty good idea he would, or at least could, win the 100 free. Everybody did. But it was still a relief when he did it. He cried on the medal podium.

“I don’t want to get immune to the feeling that racing offers me,” he said. “There are people who would kill to be in the situation I am.”

Australian Kyle Chalmers might not actually kill to be in that situation, but he seems willing to flirt with death. Chalmers had surgery on his left shoulder a few months ago. He said he had 12 cortisone shots in that shoulder leading up to the Olympics, a number that might raise the eyebrows of an NFL team doctor. He also had surgery on his right shoulder. Also, he mentioned casually: He has had three heart surgeries.

So when Dressel looked over toward the finish of the race and saw somebody was battling him for gold, he did not have to ask for ID.

“I couldn’t see him, but you can you can see disturbances in the water,” Dressel said. “I knew . . . who else would it be besides Kyle, of course?”

Dressel held him off. He said afterward that winning felt different from his relay golds. Not better—“I mean, I’m never gonna say that my individual swims are better than the relay gold”—but different. That’s understandable. He is America’s best male swimmer. He knows how dominant he can be.

U.S. men’s coach Dave Durden had left Dressel off the 4X200 relay team Wednesday, a surprising and controversial decision that makes a bit more sense now. Dressel is as close as America has to an heir to Michael Phelps, but he is not Michael Phelps. He said this week, “I was turning the pressure into stress.” He needed to recalibrate.

He did it, won gold, and now he can have one of the best non-Phelps, non-Mark Spitz Olympics of any male swimmer ever. He has already won gold in the 100 free and the 4X100 free. He has the 100 butterfly (the final is Saturday here), the new mixed medley (two men, two women—also Saturday) and then the 50 free and medley relay Sunday. If he swims in all of them, he could win six medals. Phelps stretched our idea of what is possible for an Olympics swimmer, but Dressel is on his way to an obscenely successful Olympics.

Six medals? One is so hard to win. Finke knows it. Dressel does, too. As he watched his fellow Gator win gold, shortly before he would do it himself, “I was almost crying for him.” Dressel said. Then he added: “I cry a lot.” He’s earned it.