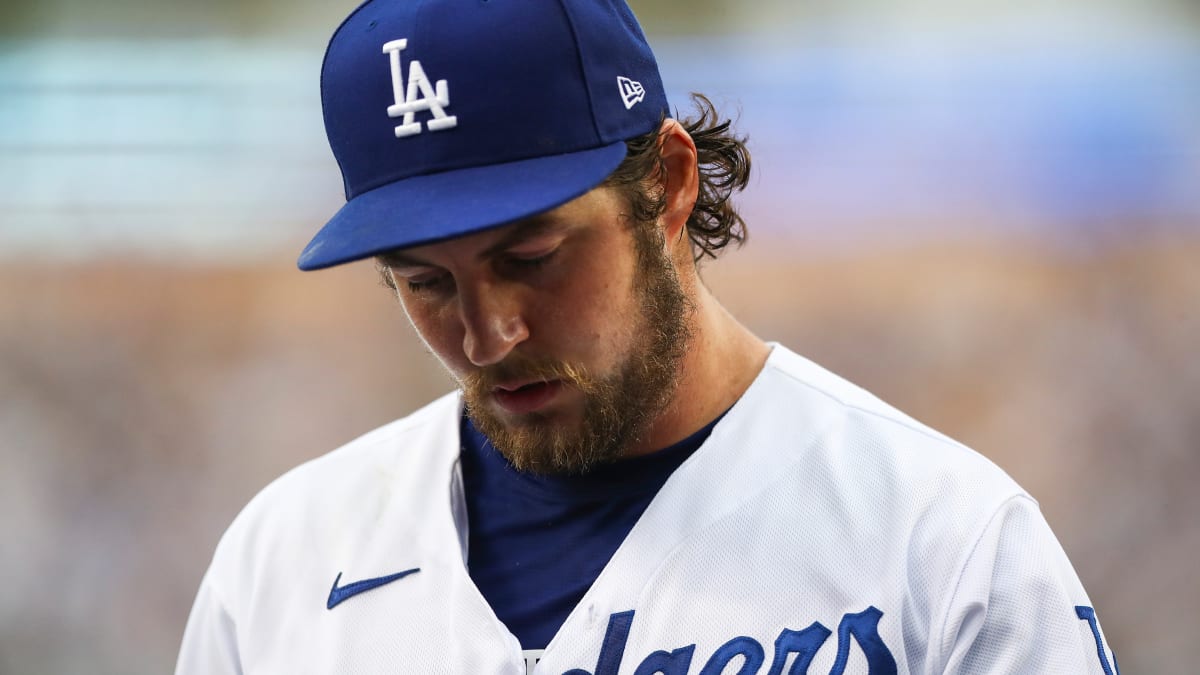 The 27-year-old San Diego woman seeking a five-year restraining order against Trevor Bauer shared that her fear of the Dodgers pitcher is “brutal” during the second day of the hearing.

With a wavering voice, she described the events that followed after leaving Bauer’s house on their second encounter, May 16. She detailed her disorientation and state of shock, driving home after vomiting in her car and how she tried piecing together what happened.

When she looked in the mirror, she saw blackened gums, smaller marks on her buttocks and a black bruise from the top to the bottom of her vagina. She then drove to Alvarado Medical Center.

The woman testified that Bauer contacted her after she’d texted him on May 17 when she checked into the Palomar Medical Center, per The Insider. The lawyers played a voicemail he left.

“Hey, you, I just wanted to check in and see how you’re doing,” Bauer said in the electronic recording. “I’m worried about you, so give me a text or a call back when you have a chance.”

Her attorney also shared text messages between Bauer and the woman when she sent a picture of her face after the alleged assault in May. His response: “Damn girl are you ok?”

“I texted Trevor a picture of my face because I wanted him to see what he did. And I wanted to know what happened when I was unconscious,” she said, adding that her injuries appeared worse the next day.

In a statement to Sports Illustrated earlier in August, Bauer’s team said the encounters he had with the woman were consensual and that he denies the allegations.

The woman began crying on the stand, and a line of questions was thrown her way from her attorney, like did she go to the hospital to seek publicity or was she trying to set up the pitcher? Each time, she responded “no.”

The woman added that a social worker said it was hospital policy for her to speak to the police about the incident.

When asked why she waited on getting a restraining order, she replied that she was not sure if the pitcher would be arrested and wanted protection for herself. The attorney asked what changed in her life.

“I lost my job, I lost my place of residence, I had to take a leave from my other job,” the accuser replied. “It’s still hard to fall asleep. … I’ve lost over 10 pounds. And just the sadness I had to live every day, and the fear I have of Trevor Bauer, it’s brutal.”

Cross-examination occurred later in the day, and the woman’s demeanor changed from poised to flustered as Bauer’s attorney Shawn Holley questioned her.

Although her attorneys objected to numerous questions, Judge Dianna Gould-Saltman overruled most of them, including questions about the woman’s sexual relationships with San Diego Padres players Fernando Tatis Jr. and Mike Clevinger.

The woman acknowledged her relationship with Tatis Jr., adding that she was fired from Pad Squad (a group of women who participate in community events for the Padres) due to that relationship.

A message to her cousin about her first sexual encounter with Bauer was produced, which read, “Trevor is a wackadoodle like Clev.” When Holley asked the identity of “Clev,” the woman began crying as she said, “I’m not bringing him into it.”

Gould-Saltman required an answer, to which she responded, “yes.”

Holley continued asking questions about messages between the woman and Bauer prior to their encounter on April 21, including ones not mentioned in the restraining order request.

The woman said she knew Bauer’s alleged three rules for dating: No feelings. No social media. We can date other people. In one of her first messages to the pitcher, she messaged him that her “feelings button” was off and “I’ll have my NDA [non-disclosure agreement] signed and sealed.” Holley asked why those messages were left out of the declaration.

The woman said she didn’t have access to those messages, but the judge interrupted, asking, “You don’t remember saying anything about a feelings button at all?”

The next question was if she remembered the NDA, to which she also said, “no.”

After the lunch break, the forensic nurse who examined the woman took the stand. Bauer’s attorney, at one point, suggested that the medication that the woman was taken could worsen swelling, per Los Angeles Times’ Steve Henson. The attorney then asked if the injuries could be self-inflicted, to which the nurse said, “no.”

This is not the first potential restraining order Bauer has faced. An Ohio woman, who alleged that he punched and choked her without consent while they were having sex, requested a temporary order against him in June 2020, per The Washington Post. It came out of an ex parte proceeding, and she did so because of threatening messages he had allegedly sent her.

“I don’t feel like spending time in jail for killing someone,” one message read, according to The Post. “And that’s what would happen if I saw you again.”

The woman later voluntarily dropped the order against Bauer.

“What started out as our client’s attempt to protect herself—first by filing a protective order—turned into months of additional fear, stress and continuous threats,” Darwal and Kendra Barkoff Lamy, a spokeswoman for the woman, said in a statement to The Post. “Ultimately, our client made the decision that moving forward with any legal action was not worth the potential public shaming and baseless lawsuits threatened by Bauer’s team. She never wanted any of this public.”

The Dodgers pitcher has been on administrative leave since July 2 under the league’s joint domestic violence, sexual assault and child abuse policy as the league and Pasadena Police Department continue to investigate the sexual assault allegations against him by the California woman.

The league and MLBPA can agree to continue to extend Bauer’s leave.

Olympian gets abuse after posting photo with her girlfriend

Andy Cohen Dates: Now, An Endgame "Are You Going To Be A Good Stepfather?'; Curious How His Exes Would Score Him...