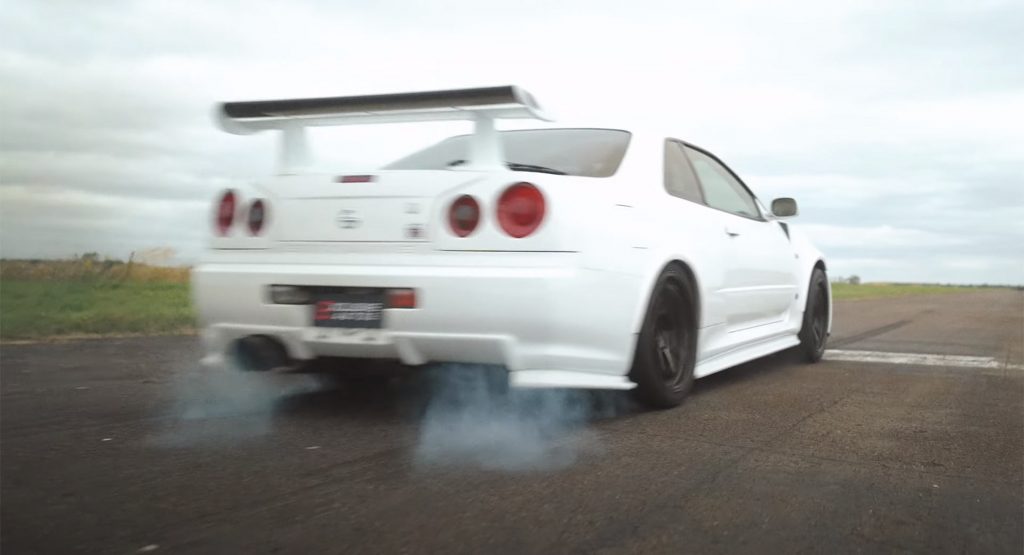 The Toyota Supra and Nissan Skyline R34 GT-R are two of the most iconic Japanese sports cars ever produced and the Officially Gassed channel on YouTuber recently pitted them together for a series of performance tests.

These two cars are far from standard, however. Like so many other Supras and Skylines out there, the duo have been heavily modified and are now much faster than when they first left the factory.

Starting with the Skyline GT-R, its iconic 2.6-liter six-cylinder has had its capacity increased to 2.8-liters. It also ditches the standard twin-turbocharger system in favor of a single Greddy T78 turbo, a popular modification for those on the hunt for power. And this GT-R has a lot of it; no less than 800 hp, to be precise.

Watch Also: A80 Supra Gets A Face Full Of Grass After Embarrassing Car Show Exit

In the other corner is the Toyota Supra. Its 2JZ six-cylinder is now rocking a large Precision 6870 turbocharger and sports a Syvecs ECU. It has no less than 900 hp, which is more than the Nissan but is at a disadvantage as it is rear-wheel drive whereas the Nissan is all-wheel drive. Both have manual transmissions.

The comparison initially starts out with some acceleration runs. Unsurprisingly, the Skyline is the quicker of the two to 60 mph (96 km/h), hitting the mark in just 3.3 seconds while the Supra needs 4.36 seconds. The Nissan keeps its advantage down the full quarter-mile, finishing with a best time of 11.28 seconds compared to the 12.18 seconds of the Toyota.