Turning Trichome Crystals from Clear to Amber with One Organic Spray

Cannabis.net got to sit down with Joe Hoeflich, founder of MagicFlower, to talk about he came up with the idea of an organic spray to turn your trichomes from clear to amber with one organic shot. 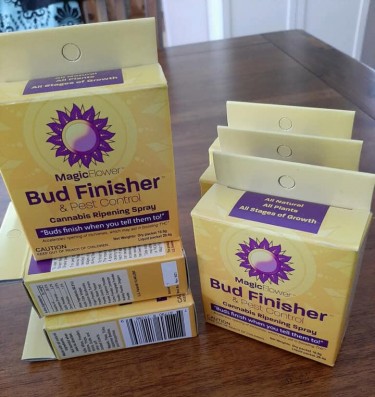 Magic Flower is a garden spray that works as a pesticide, but also matures the trichomes and pistils of cannabis plants. When sprayed, the trichome crystals turn from clear to cloudy or amber in one shot. Clear crystals have THC-A, which isn’t psychoactive. When they turn cloudy and amber, the THC-A converts to THC and becomes psychoactive. So now, “Buds finish when you tell them to!”

How did you come up with the idea for the product?

Serendipity! I was getting wiped out by powdery mildew and I thought I was losing my cannabis caregiver business because of it. I kept buying natural cures from Amazon, but none of them were effective. I noticed that they were all based on pungent natural plants, like garlic, sesame oil, or lavender, etc. So I went to the cupboard to make a mix of pungent spices to see if it would work. I chose 13 spices and only used a miniscule amount of each in the formula. The idea was that it would have minimal effect that way and I could increase the amount slowly so as not to burn the plants. Well, as luck would have it, that original 13 spices mixed with oil, vinegar, and potassium bicarbonate was the exact right mixture to not only cure the powdery mildew and spider mites, but I also noticed it was ‘finishing’ the plants. The hairs were turning orange and the crystals were turning cloudy and amber. It took me a month of testing to believe my own eyes and at the end of that testing I realized I had discovered something special that would benefit many farmers. The magic is in the spices.

How is it different from other pest control products on the market?

For one thing, it is made of all edible ingredients, organically sourced, and of course no other garden spray on the market ripens trichomes and pistils on contact. The ability to dial the trichome crystals to the exact stage of ripening the grower prefers them at is a world first and a useful new invention. The cannabis farmer can now not only achieve the exact trichome maturity they enjoy at the push of a button, but they can also save days or weeks of time and money in production.

How did you first get into the cannabis industry?

Well, I guess it all started in the 9th grade when I sold those first 2 joints to the kid down the street. It was easy, fun, and casual, and made everybody smile. I knew right then that I wanted a career in cannabis. As I moved into college I became a cannabis activist and helped make pot legal in California, British Columbia, Montana, and Maine over 3 decades of work. That is how I met my business partner, Tom Daubert. He had been the primary lobbyist that got medical marijuana legal in Montana, and was training me as a citizen lobbyist in the Senate. We have teamed up to bring this invention to the people. The cannabis industry has a new toy!

What is one mistake you made in product development that you could share as advice for people just getting started in the marijuana industry?

That would have to be estimating costs. When the patent lawyer tells you it’s going to be 10k, they mean “at a time”! It was ten times that and the other regulatory costs were double or triple even that. We are grateful that we are able to bring this product to market as a blessing for all. 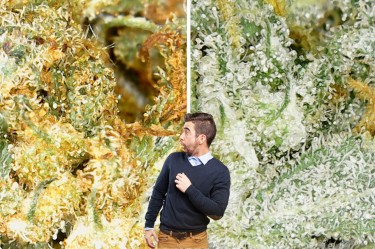 Does MagicFlower work the same for all strains, indica, sativa, and hybrids?

Yes! In fact, it has an effect on all plants that have ‘trichomes’, which is 1/3 of all plants on earth. For example, tomatoes have trichomes. That’s what gives the tomato smell to the vines. When I’ve tested Magic Flower Bud Finisher on late season green tomatoes, they ripen after a couple of sprays. Flowers and other trichome rich plants really seem to like it. It’s like chicken soup for plants!

How much supply does of Magic Flower does on need for a grow cycle?  One per plant?

One package of Magic Flower Bud Finisher creates one gallon of spray. In general, it covers a 10×10 area of plants.  Depending on density of foliage, number of plants, and how far into ripeness the gardener wants to push the trichomes, a second gallon might be useful.

How can people contact you or ask questions?  Email, social media?

What are your favorite strains?

My current fave is Wedding Cake, a nice stick to your ribs indica! A mainstay I’ve kept for years is Pineapple Express #2. The breeders of that and the original say that #2 is much better and I agree. Very high bud to leaf ratio, it practically trims itself. Space Queen is great if u need a chunk of time to just go by. I develop my own strains as well. Current faves are my Temple Hash, Spirit Fire, and Strawberry Pillow.

WHAT ARE TRICHOMES, READ MORE… 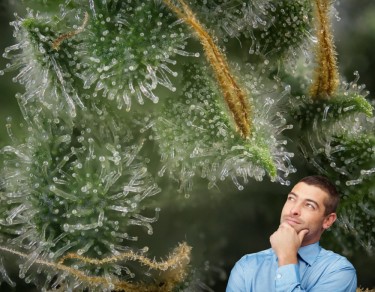 WHAT ARE TRICHOMES AND WHY ARE THEY IMPORTANT? 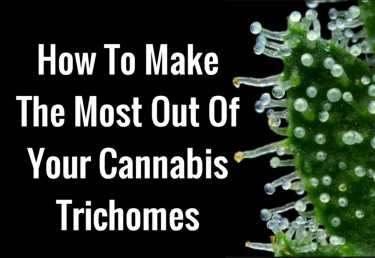 MAKE THE MOST OF YOUR TRICHOMES AT HOME, READ THIS!

Marijuana Violence, Angry when not High? Are you Quitting? Or just out of Weed? I never saw a bunch of stoners riding around high on marijuana looking for trouble as I have observed with the drunken. : Marijuana

Inside one woman’s effort to normalize marijuana in homes and get equity ‘baked into the laws’ : Marijuana

4 Ways Our Eating Habits Were Changed By The Pandemic