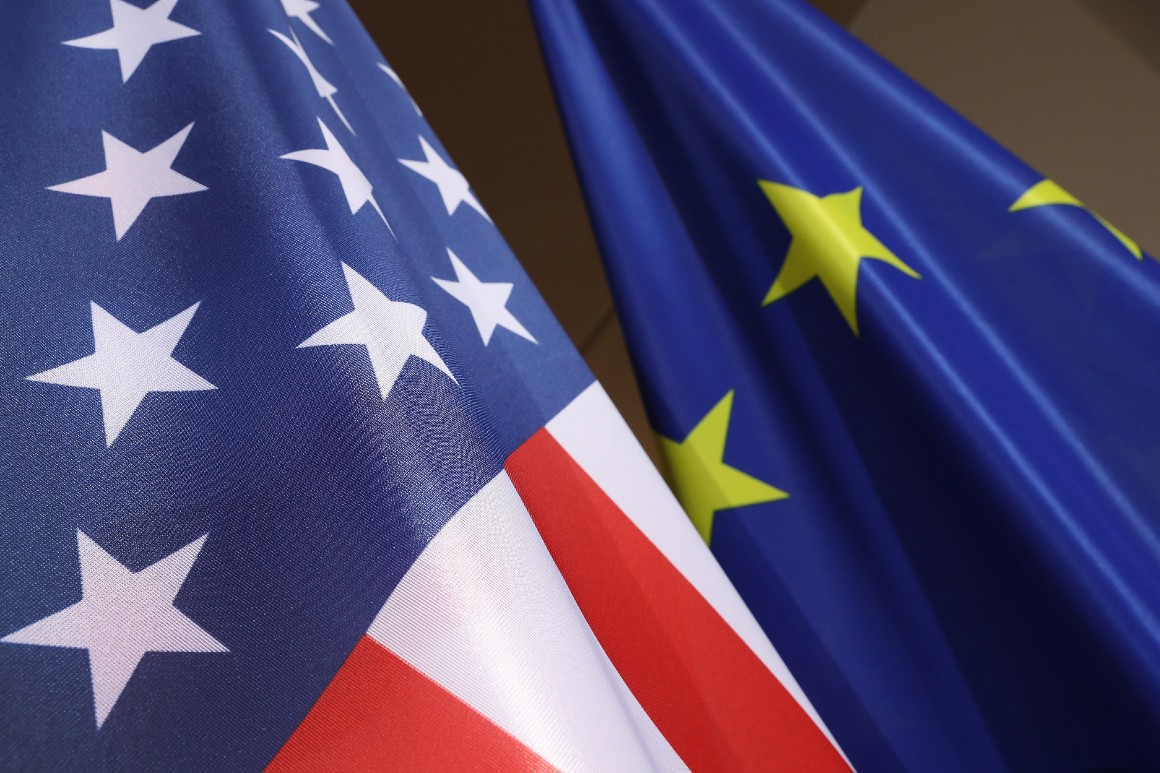 The European Union and the United States will announce a wide-ranging partnership around technology and trade next week in an attempt to push back against China and promote democratic values, according to two EU officials and draft conclusions for the upcoming EU-U.S. summit seen by POLITICO.

While negotiations on the new body are still ongoing, U.S. President Joe Biden and European Commission President Ursula von der Leyen plan to announce details of the project when they meet in Brussels on June 15. The EU proposed the initiative in December, and U.S. officials have been eager to show that Washington is willing to work with its allies after a rocky period in the transatlantic relationship during Donald Trump’s presidency.

China’s rise as a tech superpower also explains why the U.S. and EU are motivated to team up on tech and digital trade. Beijing has set its sights on becoming a global leader and standard setter for next-generation industries like artificial intelligence, robotics and semiconductors — and plans to get there through aggressive investments, acquisitions and regulations favoring domestic companies like Alibaba and Huawei.

Officials hope the new transatlantic body will give the EU and U.S. a stronger footing to keep pace. As part of the so-called EU-U.S. Trade and Technology Council (TTC), Washington and Brussels are expected to detail how they will work together to promote joint standards around emerging technologies, and to make commitments to better police the digital world now dominated by a few Silicon Valley tech giants.

The alliance could tackle everything from the intricate tech supply chains — which often run through China — to making collective investments in digital projects. And it will be designed to work with other like-minded countries, including Australia and Japan, and at international bodies like the World Trade Organization.

“The point, of course, is to push for real global standards, standards that build on privacy, on the integrity of digital and the dignity of the individual as the starting point,” Margrethe Vestager, the Commission executive vice president in charge of digital policy, told EU politicians last week.

Biden and his EU counterparts “will focus on aligning our approaches to trade and technology so that democracies and not anyone else, not China or other autocracies, are writing the rules for trade and technology for the 21st century,” Jake Sullivan, the White House’s national security adviser, told reporters this week.

Still, the renewed cooperation between Brussels and Washington is by no means a slam dunk.

U.S. officials have routinely criticized European countries for unfairly targeting American tech firms in a range of antitrust investigations and regulatory proposals. Many in the EU feel those policies are central in the 27-country bloc’s efforts to regain its place at the top digital table alongside the U.S. and China.

Some EU leaders like German Chancellor Angela Merkel have also been less keen at singling out China because of significant economic ties to Beijing that they do not want to jeopardize in a potential trade war.

The new EU-U.S. body must also avoid the fate of previous efforts like the Transatlantic Economic Council, a George W. Bush era-initiative to reignite economic and trade ties between the U.S. and Europe, which eventually fizzled into obscurity.

To avoid those pitfalls, Washington and Brussels plan to focus on three core areas in next week’s announcement, according to two EU officials who spoke on the condition of anonymity because they were not authorized to speak publicly about the ongoing discussions.

The first — primarily championed by Washington — will center on pushing back against China through transatlantic cooperation around international trade and technology standards, as well as working together on critical supply-chain issues that have arisen during the COVID-19 crisis. Currently, there is a global shortage of microchips, and both the U.S. and EU have announced plans to provide financial incentives to companies to bring semiconductor manufacturing — currently concentrated around the Pacific Rim — back to their respective jurisdictions.

The Trade and Tech Council will set up EU-U.S. groups around artificial intelligence, cybersecurity, competitiveness, data governance and technology platforms to create transatlantic standards, according to the draft conclusions of the summit obtained by POLITICO.

“We commit to building an EU-US partnership on the rebalancing of global supply chains in semiconductors with a view to enhancing EU and US respective security of supply as well as capacity to design and produce the most powerful and resource efficient semiconductors,” the document said.

The second area of cooperation will center on promoting democratic values within the digital realm. That includes pushing back against authoritarian governments’ clampdown on parts of the internet and promoting democratic principles closer to home. This is likely to focus primarily on shared mutual interests like open and fair markets, but could eventually lead to regulatory coordination as both Brussels and Washington seek to pass new digital legislation.

Both sides will also focus on improving coordination on competition policy and enforcement in the tech sector, including a specific policy task force to look at digital antitrust issues. That comes as regulators from the G7 countries will meet later this year to coordinate their responses to how digital markets are increasingly dominated by a few tech companies.

The final proposal will promote greater innovation and investment across the EU and U.S. — an area where both sides have struggled to compete with China’s top-down economic model. That may include specific joint ventures to foster research and development around emerging technologies like quantum computing, and is aimed at leveraging the economic muscle of both American and European economies.

Much will depend on how Brussels and Washington work together. Officials in Washington are eager to use the new initiative to push back against China, while counterparts in Brussels tempered their expectations, cautioning that it won’t reduce other potential flash points between the EU and the U.S, like ongoing trade disputes.

“The establishment of the TTC is important of course, but we will have to see how well it will actually function once it’s established,” said an EU trade diplomat who spoke on the condition of anonymity because he was not authorized to speak publicly about the upcoming announcement. “It’s definitely a good sign for the transatlantic relationship, but for trade, the tariff discussion is what matters most.”

Sources, Benefits & How They Work, From An MD

Luxury Yacht Gets Interior From Bentley Motors to Match Car