V’S BOUDOIR: Valentino’s creative director Pierpaolo Piccioli has made clear that he wants the house to stand for inclusivity and to convey a free-spirited attitude.

Along those lines, and just a few days after unveiling the brand’s fall campaign starring Zendaya, the Roman house has conscripted author, jewelry designer and friend of the brand Betony Vernon for a multifaceted project spotlighting its Rockstud Alcove accessories range with a dedicated window design concept, a book and even a peep box.

The house described the projects as a “celebration of the provocative, an ode to the creative feminine and the divine power of love.”

Playing on the sensuality and subtle eroticism exuded by the collection, which was first presented for fall 2021, Valentino is committed to heightening desirability for the pieces, and Vernon knows a thing or two about desire.

She is the author of “The Boudoir Bible — The Uninhibited Sex Guide for Today” published by Rizzoli in 2013, which is set for a third reprint and is being issued in tandem with Valentino with a dedicated black cover wrap embellished with the word “Alcove” handwritten in gold. 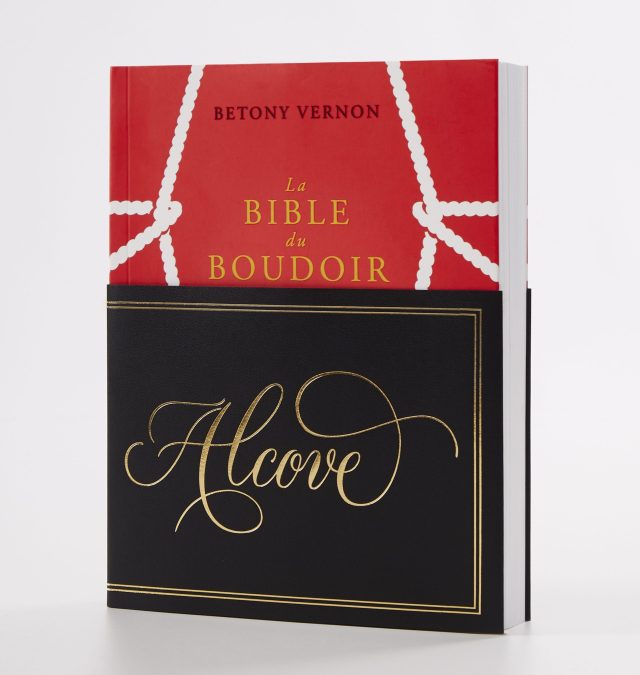 Inside each bookshop carrying the tome, the brand is also displaying the Valentino Garavani Alcove items, which include shoes ranging from pumps and flats to booties, crafted from a combination of mesh and leather and adorned by the studs, as well as two bag styles, the Double Handle with the V logo fully covered in studs and the Box bag with double-faced studs running along its profile and the oversize Valentino Garavani logo on the back.

Also part of the tie-up, Vernon partnered with the brand on the window design concept for the collection, aimed at evoking the eroticism the Alcove range is imbued with and playing with the concept of voyeurism. 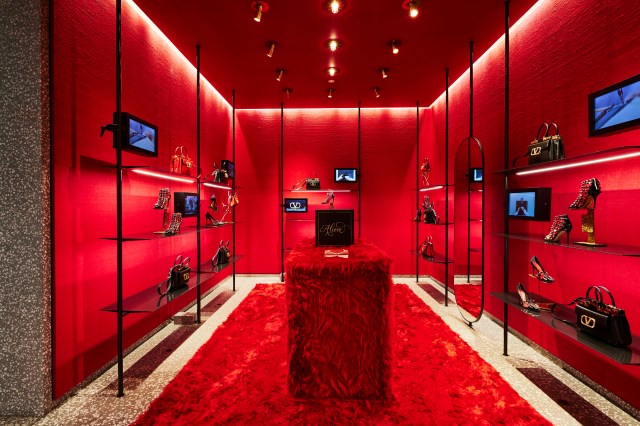 The Rockstud Alcove display inside the Valentino store on Milan’s Via Montenapoleone developed with Betony Vernon.
Courtesy of Valentino.

While the former will be telegraphed by items displayed on a furry red carpet and inside a red-painted room, the voyeuristic spin will be highlighted by a peep show box available in-store, which will allow customers to take a sneak peek of the products safeguarded in it by looking into the keyhole. 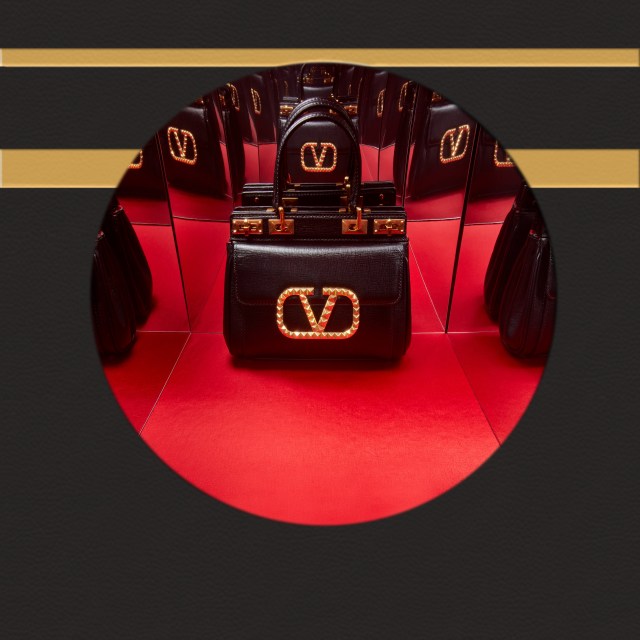 What to Know About Facebook’s New Clubhouse Clone – WWD

Twenty One Pilots Find Their Groove With New Song 'Saturday'