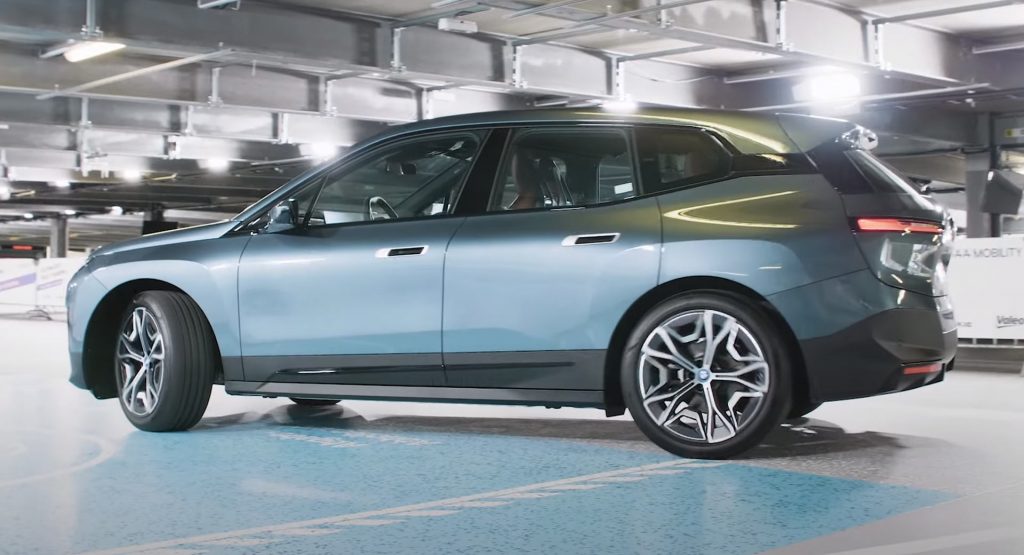 Attendees at the recent Munich Motor Show had access to an automated valet parking area and BMW has just released a video that shows the all-electric iX making the most of this innovative facility.

The video shows the driver dropping off the iX at a designated area of the parking lot. A smartphone application is then used to initiate the self-parking feature.

Read Also: BMW iX Gets Speakers With Actual Diamonds In Them For Optimal Sound

Using a combination of the sensors and cameras found in the iX, as well as those located throughout the parking lot, the SUV is able to navigate its way to a spot where it reverses in. A robotic arm then extends from the parking bay and plugs in the iX so it can charge its battery. The clip even shows the iX approaching an automated car wash within the parking lot, although it doesn’t actually show the SUV driving through the car wash.

When the driver of the iX returns, all they have to do is open up the app and order the BMW back to the space where it was dropped off.

Lewis Hamilton Did A Nice Thing At The Met Gala