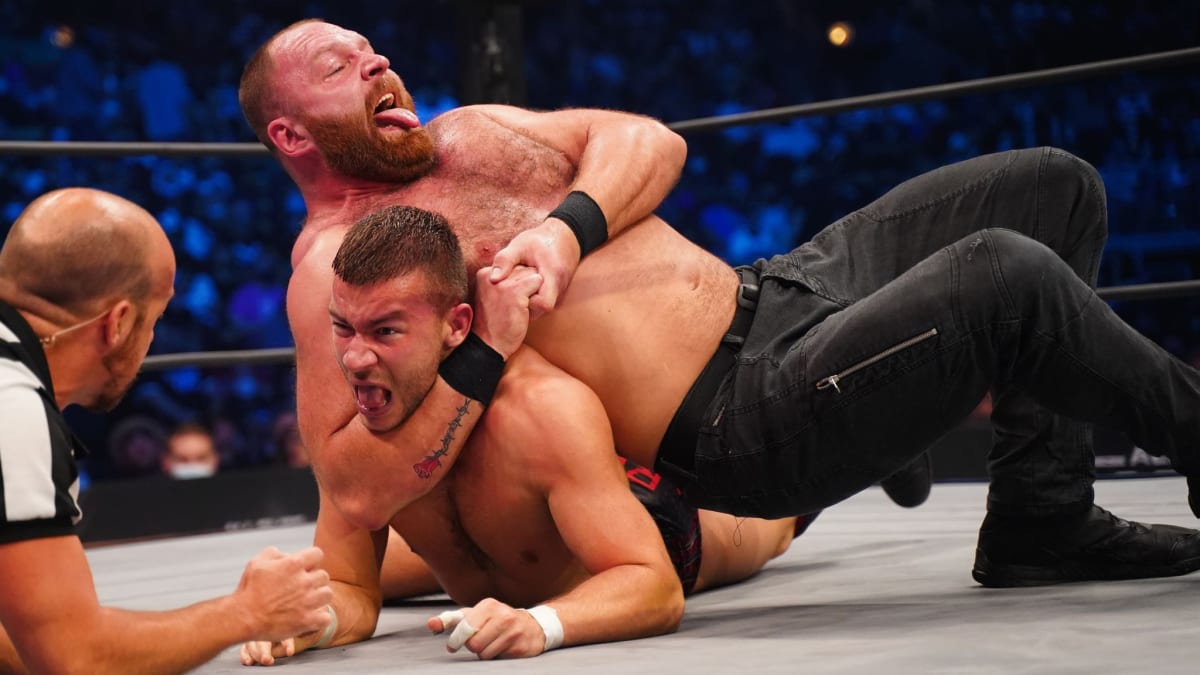 SI.com’s Week in Wrestling is published every week and provides beneath-the-surface coverage of the business of pro wrestling.

The wrestling world is about to receive a lesson in stardom.

Though Satoshi Kojima humbly claimed on Twitter last week that he is not famous to wrestling fans around the world, that statement is the furthest thing from the truth—and Kojima’s star power will be on full display this Sunday when he wrestles Jon Moxley at All Out.

“Kojima is an icon; he’s someone that is decorated as f—,” Moxley says. “AEW has a very educated fan base, but I’m guessing there are still some people that haven’t heard of Kojima or understand what he’s done. He was IWGP and All Japan Triple Crown champion. Kojima is a legit legend.”

New Japan has reached newer audiences over the past decade with the rise of Kazuchika Okada, Bullet Club and Kenny Omega, so perhaps wrestling faithful need only a brief introduction to the two-time IWGP and All Japan Triple Crown champion. The history of New Japan simply cannot be properly written without paying homage to the masterful body of work that Kojima has created throughout his 30-year career.

“The system is different in Japan,” Moxley says. “When guys get older in Japan, they slowly get phased down the card. They can still go in the ring, but their role becomes to reach younger guys. That’s different from WWE, where the old guys are often the main event. That’s not how it works in Japan, but when the veterans are called upon, they can still go hard and kick ass.

“It ain’t no f—ing secret Kojima can still go. The fighting spirit is indelibly etched into Kojima’s brain. We have the greatest fans in the world, and it’s a treat for the fans of Chicago to see this man live and in-person.”

There is no title on the line in the Moxley-Kojima encounter, and none is needed. This is a magnificent encounter of a former WWE star—one who opted to leave the company to pursue his career dreams—against a New Japan star. It takes place in an AEW ring on pay-per-view, called by Jim Ross and Tony Schiavone, on a card that also features CM Punk, Omega, Britt Baker, Paul Wight (The Big Show), Christian Cage, Kris Statlander, Penta and Fénix, the Young Bucks, and the legendary Chris Jericho. In case that wasn’t enough, Sting will be in Darby Allin’s corner as he takes on Punk. It is a celebration of riches, taking the wrestling industry by storm, and the addition of Kojima in a hard-hitting, foot-to-the-gas-pedal trainwreck against Moxley is going to add an entirely different dimension to the show.

“There are no question marks in this match,” Moxley says. “If you know me or Kojima, you know what you’re going to get. This is a fight that isn’t going to get out of the opening round.”

For Moxley and Kojima, their match at All Out is a celebration of the power of pro wrestling. It will also be a love letter to the fighting spirit written in blood, as two ring warriors violently showcase a lifetime commitment to the art.

“Kojima is here to be celebrated,” Moxley says. “With that being said, I’m still planning on committing egregious, felonious assault and trying to end his career, and he’d be insulted if I felt any other way. It’s an honor to share the ring with him, and I can’t wait to throw with him.

The (online) week in wrestling

Roman Reigns shines against John Cena at SummerSlam, now primed to do it again in program with Brock Lesnar

John Cena returned to the company, breathing new life into the product and serving as a top-tier opponent for the current face of the industry, Roman Reigns. And that was Cena’s role for SummerSlam: he was the opponent. There was no doubt that Cena was also an attraction; that was clear from the interest he generated in WWE. But Reigns occupied the same ground Cena did for a very long time at an elite level.

That same cycle is set to repeat itself in Reigns’s next program, which is with Brock Lesnar. That is because Reigns has been positioned as an attraction, and that is a presentation over the past year that has never strayed from its message. Reigns has been unbeatable during this stretch, with the story building toward an improbable defeat when someone finally pins him or makes him tap. The positioning is similar to The Undertaker’s vaunted WrestleMania winning streak—the longer this extends, the more meaningful it will be when he is finally defeated.

The story is also an outlier in today’s WWE landscape. WWE’s creative team continues to struggle to tell long-term stories, yet that is never the case with Reigns. Whether his opponent is Jey Uso, Kevin Owens, Edge, Cesaro or Daniel Bryan, or even infighting among The Bloodline, his segments are constantly compelling. This is WWE’s only piece of must-see content on a weekly basis, and there are multiple factors at play for its success.

Reigns’s ensemble of Paul Heyman and The Usos complements him perfectly, and they are critical to the depth of the story. Sports Illustrated has confirmed that Reigns and Heyman have considerable input and influence in their short-term and long-term story lines, a right reserved exclusively for only a few talents in WWE. This is a key ingredient in allowing Reigns to keep on track in his weekly narrative. Unlike so many other stories on SmackDown and Raw, which have a tendency to move too rapidly, make no sense or abruptly change direction, Reigns is consistent every week with the long-term plan to present him as a star.

Reigns’s star aura has been protected for the past 52 weeks, and the results are an overwhelming positive for WWE. He also benefits from the respect of his peers, which was visible in the program with Cena. The moment Cena confronted Reigns at Money in the Bank was acknowledgment that Reigns is the biggest star in WWE, and that is exactly why Cena interrupted Reigns instead of anyone else. Cena made the match at SummerSlam a showcase for Reigns, which is an immense sign of respect from Cena and a credit to him. Because of that, Reigns came out of SummerSlam carrying even more star power, with the upcoming Lesnar program now designed to raise his stock even higher.

Personally, I didn’t feel as though Lesnar was needed at SummerSlam. That closing moment of the show should have been all about Reigns, with WWE’s top-notch production team zooming in on a look of pure intensity as the show went off the air with a defeated Cena slumped behind him on the mat. But with Lesnar coming back for the upcoming Saudi Arabia show this fall, the timing made sense to also use him as a major surprise at SummerSlam. Again, I would have preferred to wait until January at the Royal Rumble, though I understand why it happened the way it unfolded.

Reigns meets Finn Bálor this Friday on SmackDown. This should be the best presentation of Bálor on the main roster in years. Given the potential between Reigns and Bálor, all signs indicate this program running into the next pay-per-view Sept. 26 at Extreme Rules—where, no doubt, Reigns will continue to elevate his place as the top attraction in the industry.

How cool is it to see Sasha Banks tweeting about EmPowerrr?

Recently received an offer with the following stock option : personalfinance